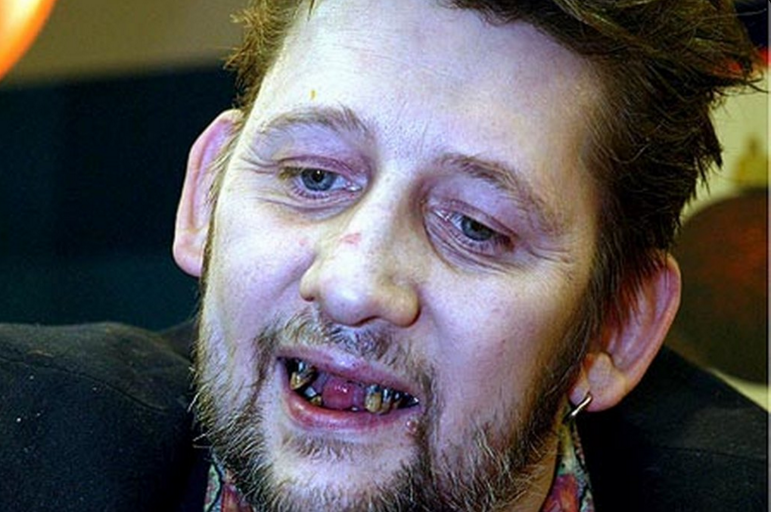 Over the years, cameras have been turned on bands for all sorts of reasons. Whether to capture the recording of a new album, a reunion, or a massive tour, the rock doc is almost as much a staple of music as the album. Now, one punk rocker is using the documentary format to give fans an intimate look at his most recent accomplishment: getting a new set of teeth.

The 57-year-old frontman of The Pogues, Shane MacGowan, has documented his recent oral surgery for a new film called Shane MacGowan: A Wreck Reborn. Airing on Sky Arts network in December, the hour-long doc will recount how years of drugs and alcohol left MacGowan’s mouth a shell of what it once was. After his final two teeth were removed in 2009, he was given dentures, which he promptly stopped wearing because they made him look like “a dickhead.”

When his long-time girlfriend got her own teeth fixed, however, MacGowan was so impressed with the results that he went and had a whole new set of chompers installed, including one gold tooth, because why not? “Victoria had hers done last year and I thought they were great, so I decided to go with the same dentist, Darragh,” MacGowan told The Irish Sun. “It was a bit swollen for the first few days but I’m feeling good now. I’m getting used to them now.”

In addition to showing the entire actual implantation procedure, the film will feature interviews with Johnny Depp and Pete Doherty, for some reason, among others. Unfortunately, the film will likely not be followed by a sequel recounting MacGowan’s recovery from a broken hip he suffered after getting his groove on earlier this year.

Below, see images of MacGowan before and after the oral operation.

Shane MacGowan is getting a new set of gnashers & it's being filmed for a new Sky Arts doc. https://t.co/uEthZ94ZpG pic.twitter.com/jaCZZ7FdH1