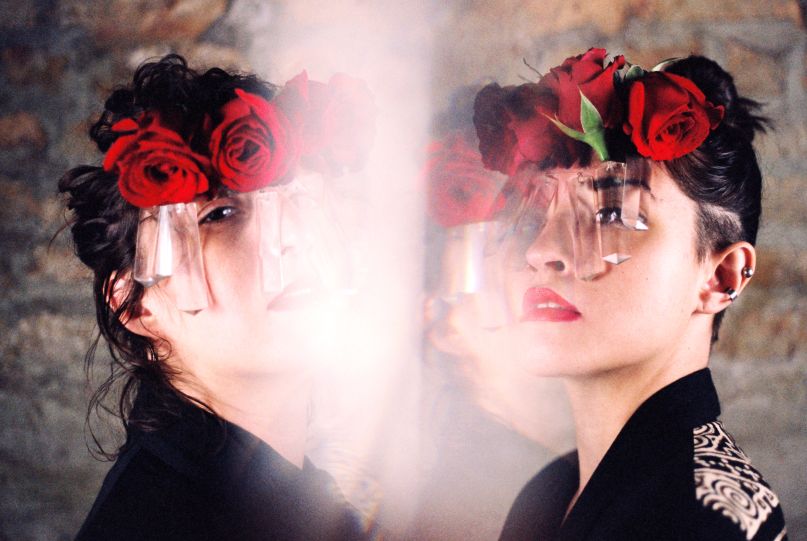 Some things were just meant to be together, like chocolate and peanut butter, Rick & Morty, the components of Voltron, etc. Now it’s time to add Sima Cunningham and Macie Stewart of Chicago duo Homme to that list.

Cunningham and Stewart both emerged out of Chicago’s flourishing free improvisational and garage rock scene over the last few years, each bringing their own twist to the genres in their separate careers. Cunningham gained notice for her solo performances, often accompanied by a piano or acoustic guitar. Recently, she caught the attention of Donnie Trumpet and The Social Experiment, for whom she ended up signing background vocals on Surf. Stewart, meanwhile, has centered her time around her band, Marrow, though she too has Social Experiment connections. She recently joined Chance the Rapper on the road, performing as part of his touring band.

When Cunningham and Stewart merged forces in 2014, it was an experiment in seeing how their voice and guitars would interact. This led them to finding beauty in what they call the “dichotomy of chaos and harmony.” It’s something they’ve demonstrated in their live performances around town, but now they’re sharing their musical experimentations with the masses as they prepare to release their self-titled debut EP, out November 13th via Foxhall Records.

“At its core, Homme is about experimentation and exploration,” the ladies tell Consequence of Sound. “This project was born out of a desire to write and create with instruments that we were not as familiar with. We were drawn to guitar because of the different sonic possibilities it gave us, from gritty garage rock, to percussive slaps, all the way to delicate fingerpicking. The technical difficulties we experienced on the instrument only pushed us into more out of the box arrangements/songwriting techniques. In addition to guitar, we played all of the other instruments on the project. This record is a culmination of those experiments in instrumentation and composition, and were happy to finally bring it to the world.”

The album itself is a haunting testament to Cunningham and Stewart’s adventurousness and willingness to merge competing ideas within each track. Opener “Woman” starts off with a low, sliding guitar line before later erupting in a panicked fury. “Fingerprints” continues this trend, blossoming from a guitar jam into a flurry of panning vocals. Songs like “Bully Clouds” also showcase how the duo can translate this energy into ballads, blending their harmonies serenely into a beautiful abyss. It’s clear that both songwriters push each other into new and exciting directions. A fantastic work in itself, this EP hints at further greatness from the duo coming down the road.

Check out the album artwork and stream the recording in full below.