Run for it! Kevin Bacon rebooting Tremors on TV 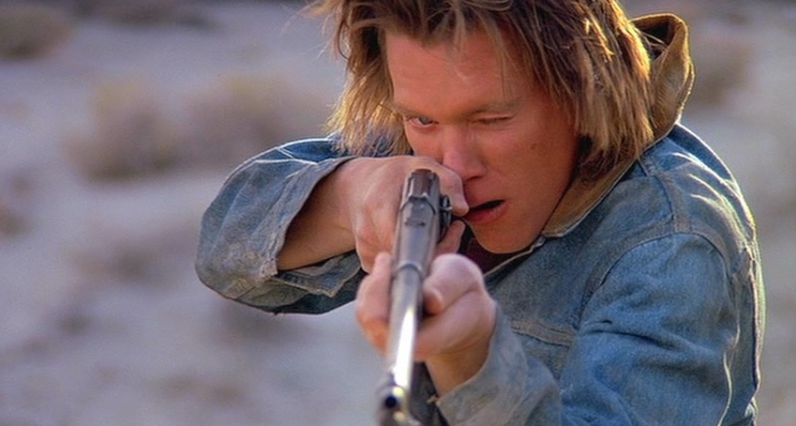 Over the summer, Kevin Bacon admitted he had actually dreamed of returning to the graboid-infested world of Tremors. At the time, the actor insinuated that chances were slim his hopes would be realized, even though Tremors 5 was getting a direct-to-video release just a few weeks later. Well, Bacon better wake up, ’cause his dreams are coming true. He’ll star and executive produce a new TV series picking up 25 years after the 1990 original film.

EW reports that Universal Cable Productions and Jason Blum’s Blumhouse Productions are currently developing the reboot series. No network is officially on-board, but “multiple bidders” appear to be interested in saddling up for the western monster show.

(Read: Tremors Turns 25: There’s Still Something Under the Ground)

Bacon will be reprising his role as sarcastic handyman Valentine McKee, with Andrew Miller (The Secret Circle) onboard to provide the script. The potential series would see the action return to Perfection, Nevada.

This isn’t the first time the graboids have wormed their way onto television. SciFi ran Tremors: The Series for one season in 2003. Including the recent Tremors 5: Bloodlines, there have been four DTV sequels to the cult classic, including a prequel entitled Tremors 4: The Legend Begins. Michael Gross is the only actor to appear in every incarnation of Tremors — as no-BS hunter Burt Gummer (and his ancestor in Tremors 4), but there’s no word yet on if he’ll be returning for this new series.

Previous Story
A Friday Night Lights musical is on the way
Next Story
R.I.P. Cynthia Robinson, Sly and the Family Stone trumpeter, has died at the age of 69
Popular
More Stories
[fu-upload-form form_layout="media" title="Submit Your Photo"][input type="hidden" name="ugc" value="1"][/fu-upload-form]