"Governments here should feel the shame/ Fucking liars, you are too blame" 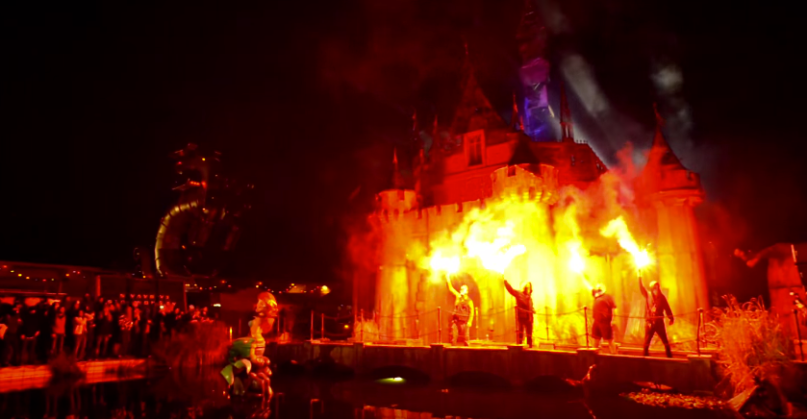 Pussy Riot may have begun as a feminist protest group taking aim at various Russian policies, but their target has gotten wider since they’ve gained international notoriety. Recently, the punk protesters debuted a new song called “Refugees In” at the closing concert of Banksy’s “bemusement park,” Dismaland. The performance was presented as “the beginning of Pussy Riot’s ongoing engagement with the refugee crisis.” Today, that engagement continues with the official video for the song.

Splicing together footage recorded during the Dismaland show, the clip sees the protest band playing in a cage in front of the mock Magic Castle. Around them, a staged riot breaks out with police being beaten back by protesters, a fitting sight as the lyrics repeat, “Fuck the police/ Like we are in Greece.” The track itself is a minimalist piece of industrial post-punk, with pointed lyrics that make the group’s stance perfectly clear. “Catch me in and catch out/ Refugees in, Nazis out,” goes the chorus. “Governments here should feel the shame/ Fucking liars, you are too blame.”

Watch the video below.