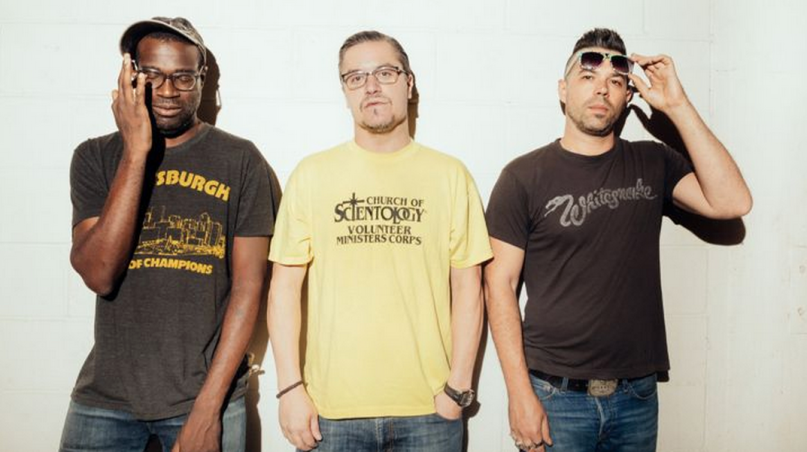 Faith No More’s Mike Patton, Tunde Adebimpe of TV on the Radio, and rapper Doseone have spent the last half decade recording under the alias of The Nevermen. On January 29th, they’ll release their self-titled debut through Patton’s label Ipecac Recordings.

Work on the album, which consists of 10 tracks, started in 2008 when Adebimpe and Doseone linked up in a Brooklyn warehouse. Doseone sent their demos to Patton, who he recorded with two years prior for Patton’s Peeping Tom album. The trio then spent the next few years reconfiguring and recording each track.

In anticipation, The Nevermen have unveiled the album’s lead single, “Tough Towns”, dedicated to “anyone remotely young, feeling inexplicably inspired in the ‘nowhere’ they are from. May you soon escape with style into elsewhere.” Listen below.