Throw on your sneakers, grab your headband, and toss on your sweats! 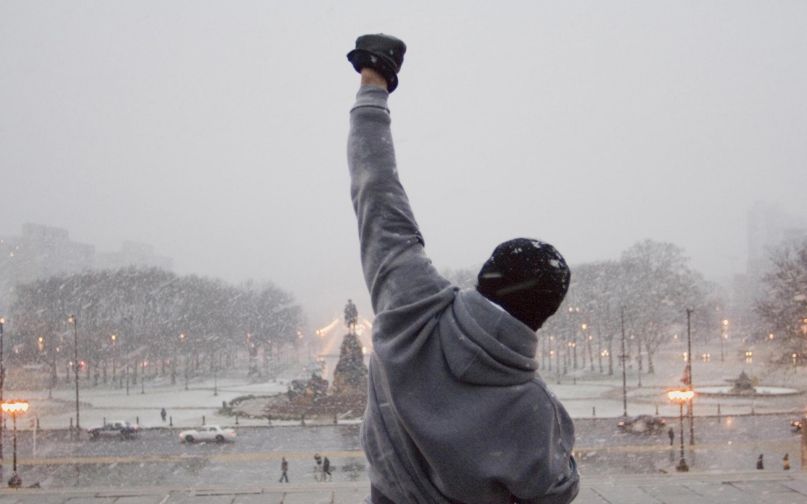 Yeah, to you it’s Thanksgiving; to us it’s Rocky Week. Today, Ryan Coogler’s highly anticipated Rocky spin-off, Creed, hits theaters and to celebrate, we’ve carved out a feast of features. On Monday, Dan Caffrey finished his own Rocky Marathon. On Tuesday, Blake Goble and Sarah Kurchak ranked all the sidekicks that helped make the Italian Stallion a champ. Today, we’re celebrating the art of the montage. Come Thursday, you’re gonna be crappin’ thunder!

A montage, at its most fundamental level, gets us from point A to point B. It’s a technical and tactical move on behalf of the filmmaker, who strings together a series of shots in order to condense space, time, and information. More often than not, however, it’s a lazy tool, especially for sloppy screenwriters who cram in a ton of story without any natural finesse.

If done well, a montage can rile up a crowd, it can boost a character, it can shake up the moods. For some, it’s the most memorable part of the film, the golden nugget that they can walk away with and return to mentally from time to time. Actually, that’s a likely argument for every inclusion on this list; after all, why else would we be writing about them?

Well, technically because it’s Rocky Week, and if we’re being honest, like the ol’ Italian Stallion himself, we immediately decided that there’s no better montage than what lies in the 1976 original. The problem is we really wanted to write about other ones, so we flipped through our memories and came up with a definitive 10 that all lead up to the Philadelphia Museum of Art.

Care to run with us? Flip ahead.