Film Review: Secret in Their Eyes 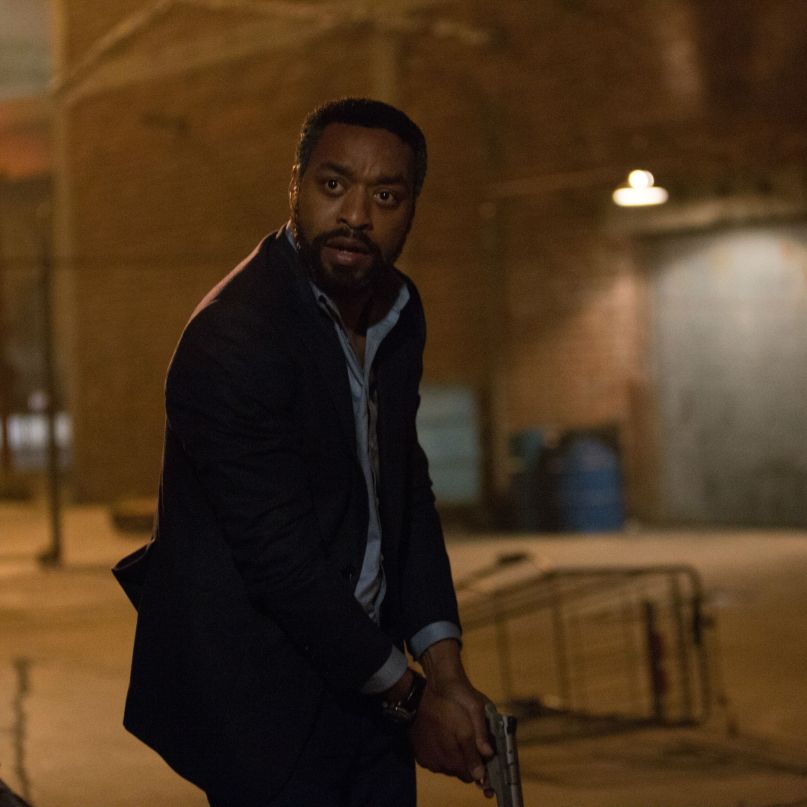 There’s nothing particularly bad about a movie that’s just sort of…fine. Not everything needs to be a transcendent film-going experience. Such movies are often described as “serviceable” or “entertaining but ultimately insubstantial.” Again, nothing wrong with that. The issue is when a movie has no excuse for not being better, and doesn’t seem to realize the distance by which it’s missed the mark.

The serviceable, entertaining, and ultimately insubstantial Secret in Their Eyes is one such movie. An American remake of the Argentinian film The Secret in Their Eyes (El secreto de sus ojos), which won the 2009 Oscar for Best Foreign Film, this is a thriller that doesn’t do much in the way of thrilling. It doesn’t bore, either, but given the caliber of the talent involved, the story it’s telling, and the environment in which it chose to place its characters, that’s damning with faint praise.

Writer-director Billy Ray (Shattered Glass) moves Juan José Campanella and Eduardo Sacheri’s story from Argentina’s Dirty War to a post-9/11 United States, presumably an effort to create a similar atmosphere of paranoia, desperation, and fear. A team of investigators, including Ray (Chiwetel Ejiofor), Jess (Julia Roberts), and others (Breaking Bad’s Dean Norris, House of Cards star Michael Kelly), is focused on a suspect mosque, on which they’ve slowly begun to get intel, thanks to an anonymous source inside the group. When called to the scene of a murder outside the mosque, Ray peers into a dumpster at the unidentified victim and immediately recognizes her as Jess’ teenage daughter. The action unfolds in both 2002, as the investigators pursue the killer despite objections from on high, and more than a decade later, when Ray returns to give Jess and District Attorney Claire (Nicole Kidman) the news that after years of combing through haystack after haystack, he’s finally found a needle.

The constant back-and-forth lapses in time can be quite jarring, often effectively so—frequently, the only indication of the story’s placement in present-day is the hair of the characters (Ejiofor turns gray, Norris goes from a ginger to his recognizable bald dome). Nor does either plot waste much time, since the concurrently unfolding past and present storylines make any exposition mostly unnecessary. It’s efficient and tidy, checking all the right boxes at all the right times: unexpected source of lead, check; chase scene, check; explosive confrontation with authority, check; blatant abuse of power that still somehow seems acceptable, check. Twist? Check. Twist after the twist? Check. Lack of surprise regarding at least one or both twists, due to said twists being telegraphed throughout the movie? Check and check.

Unconventional structure and heightened emotional circumstances aside, Secret is the very definition of a procedural. That’s a perfectly fine thing to be. But it’s maybe not the best use of time for a cast of this caliber. Make no mistake—Secret in Their Eyes contains some fine acting, indeed. Ejiofor tops the list, carrying most of the weight of the story in both timelines, and making it sometimes easy to date where we are by the simple carriage of his body (and the aforementioned gray hairs). In 2002, he begins as an awkward, energetic, and experienced cop—just watch the efficiency with which he snaps on a latex glove—and after the murder, he transforms into a lumbering, wounded bear, cannonballing through his scenes as though he’s as likely to explode into violence as fall dead asleep on his feet at any given moment. In the present storyline, the note of chaos is gone, but the weariness isn’t, and while the tension never leaves his shoulders, one can feel how deeply he needs to just stop and take a deep breath.

It’s his obsession with catching the suspected killer (the chilling Joe Cole, another actor who transforms throughout the film) that makes Secret in Their Eyes work. His other obsession, a workplace romance with Claire, makes it fail. It’s easy to understand and believe the first—Ray’s driven as much by guilt as by a need for justice and the sense that he failed his friend—but much, much harder to buy into the second. Kidman feels desperately miscast here, and the utter lack of chemistry between she and Ejiofor takes all the air out of the film’s major subplot. In both timelines, it’s difficult to invest in their connection, because she seems so uninvested herself.

Kidman does carry one scene—an interrogation of Cole—that’s undeniably electric, a fact that makes the lack of Claire’s development elsewhere all the more frustrating. That’s also a fair description of the work Roberts does here: one huge moment that makes the others feel that much more unsatisfying. Still, she’s more successful than Kidman throughout, and as good as Claire’s big moment is, Jess’ is even better. Eye-rolling at Julia Roberts has become something of a pop-culture sport, but when she’s on, she’s really on. Rarely has she been as good as she is in the scene when her daughter’s body is discovered, a sequence so raw and uncomfortable that it’s difficult to watch and equally as difficult to turn away. Ray wisely puts the camera inside the dumpster, so the audience is huddled there in the trash and blood alongside her, and when she climbs out, pants spotted by the bleach in which her daughter’s body was drenched, it feels as though she—and by extension, we—will never leave that moment behind. It’s a pity that so little of what follows is worthy of such power.

That’s the fundamental flaw in Secret in Their Eyes. Turn on a TV at almost any hour of the day and you can find a story very much like this one, often shot—with a few stark exceptions, such as a claustrophobic chase through a baseball stadium and a shockingly still moment in a shed—in much the same way. It looks, feels, and sounds almost numbingly familiar. Give an audience something both recycled and half-baked, and it’ll take a lot more than an A-list cast and a national tragedy to make it feel like anything else. Ultimately, the film amounts to little more than the most star-studded episode of Law & Order in history. In five years, it’ll be playing in a loop on TNT. Just wait and catch it then.