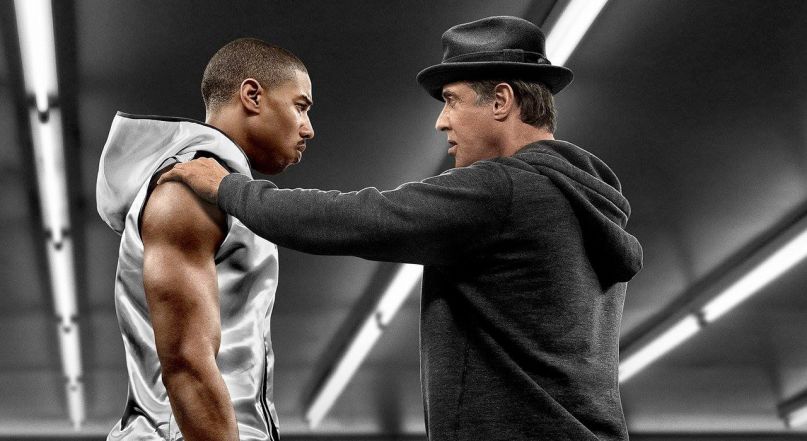 “Build your own legacy”

These words serve as more than motivation in Ryan Coogler’s Creed, the seventh entry of the Rocky saga. They work as a reminder for the co-writer/director to create something effective and greater than a piece that is simply worthwhile — to make the audience remember how great a story is while at the same time offering up a brand new chapter. Coogler’s pulled off a trick that other filmmakers managed to fumble in 2015: he embraced the past while creating a revitalized present, setting up a possible future in the process. As a reunion of the key components of 2013’s Fruitvale Station (Coogler and star Michael B. Jordan), it isn’t shocking that Creed ended up being a good movie. That it ended up this good is a whole other story.

In a prologue, we meet a young Adonis Johnson fighting in a juvenile detention center, something we learned is quite commonplace for the troubled teen. A woman (Phylicia Rashad) visits him while in isolation from the rest of the kids and drops a bombshell: he is the son of the legendary Apollo Creed. After watching him box as an adult in a less-than-reputable Mexican boxing match, Coogler veers away from what 99.9% of other filmmakers would do. He doesn’t jump cut a scene of an older Adonis (Jordan) getting into the same old scraps he did as a kid. Instead, we cut to the young man in a dress shirt and tie — a recently promoted employee in a Hollywood high-rise office building. There are familiar beats between his journey and Rocky’s from 40 years ago, but they take wildly different roads to get there.

The world of an office drone isn’t for Adonis. While his father passed away before he was born, his passion for boxing lives in his blood. He travels to Philadelphia to meet with his father’s best friend and greatest opponent in the ring: Ivan Drago. Just kidding. It’s Rocky (Sylvester Stallone), still managing the restaurant we left him at in 2006’s Rocky Balboa. After some hesitation, Rocky agrees to train Adonis, who doesn’t want the world to know he’s a Creed. Instead, he wants to earn the respect of the world without his father’s success weighing down on him.

Coogler himself has no issues with acknowledging the past. Every movie in the Rocky series is referenced in ways both minor (Rocky’s turtle!) and major (who won the secret fight at the end of Rocky III is finally revealed). Composer Bill Conti’s famous beats appears here and there at pivotal points, but Fruitvale composer Ludwig Göransson creates a triumphant, lovingly bombastic score all his own, which pairs seamlessly with an original soundtrack featuring Future, Meek Mill, Donald Glover, Jhené Aiko, Vince Staples, and star Tessa Thompson. Characters of franchise past are paid reverence in fun and, in some cases, emotional ways. There’s some winking going on here that wouldn’t work if the new characters weren’t so engrossing.

Jordan bounces back nicely after the already-infamous flop that was The Fantastic Four. He’s a rising star portraying a fictional rising star in Adonis, giving the character a balance of passion and compassion, the latter of which plays an important part in the film’s narrative. It’s hard to take lead on a franchise that bears another character’s namesake, but you realize it’s working when the franchise’s breadwinner doesn’t show up for 20 minutes and the movie isn’t affected at all. Simply put, Jordan is one of the best young actors we have.

Writers Coogler and Aaron Covington give the character of Bianca depth on the page and Thompson gives her a pulse on the screen. Thompson, fresh off a breakthrough performance in Dear White People as well as Selma, is the anti-Adrian to Adonis’ anti-Rocky: a young musician who plays her music loud even after being asked to turn it down. She is as passionate as her love interest, not letting a debilitating hearing condition stand in her way. In Bianca, Adonis finds someone not only to love, but to root for and admire up close, just as she returns the favor. The undeniable chemistry between the two is essential, especially since she is who we find Adonis with when he’s not with his “Unc”, Rocky.

By giving the reigns to Coogler, Stallone didn’t have to worry about starring, writing, and/or directing a Rocky film for the first time. Solely focusing on his decades-old role, Stallone gives his best performance since his unjustly underappreciated role in Cop Land, if not the first film of the series. It’s in the well-worn looks and tics that Stallone finds a kind of subtlety in coming to terms with his illness without resorting to over-emoting (that Rocky gets sick has been advertised from here to kingdom come). He provides much of the film’s humor and a good deal of the heart, embodying what the whole franchise is all about: try your best, never quit.

Adonis’ main opponent is the undefeated “Pretty” Ricky Conlan, played by real-life boxer Tony Bellew. Its Bellew’s only film credit to date, and while he isn’t in a great deal of Creed, he does a commendable job as the imposing champion. While he’s Adonis’ main opponent of the movie, he’s not necessarily a “villain”. He’s more Apollo Creed than Ivan Drago in that he talks a tough game, fights hard, but isn’t a genetically-engineered Terminator. The final fight should have audiences cheering and clapping, as any solid sports movie should.

Coogler’s direction is as inspired as his storytelling. He employs one-shot takes several times throughout the film, but none so convincing as an entire extended shot early in the film during one of the first fights. It’s a technical achievement, elevating the movie from being just another boxing flick or Rocky entry. The aforementioned score, writing, and performances help the movie along, as well. Did I have to mention that again?

There’s a lot of heart in Creed. There are rah-rah moments of “I fight, you fight”, specific music cues, and perfect use of archival footage that can break the stoniest of hearts. Creed isn’t a remake and it isn’t a reboot — it’s a continuation of a story that began in 1976, albeit one with a focus on a new character. Where the franchise goes from here (if it goes anywhere) is anybody’s guess, but Coogler accomplished what would have seemed impossible 40 years ago: He got the audience to chant “Creed!” in a Rocky movie.