Cate Blanchett, Natalie Portman, and Imogen Poots are somewhere in there 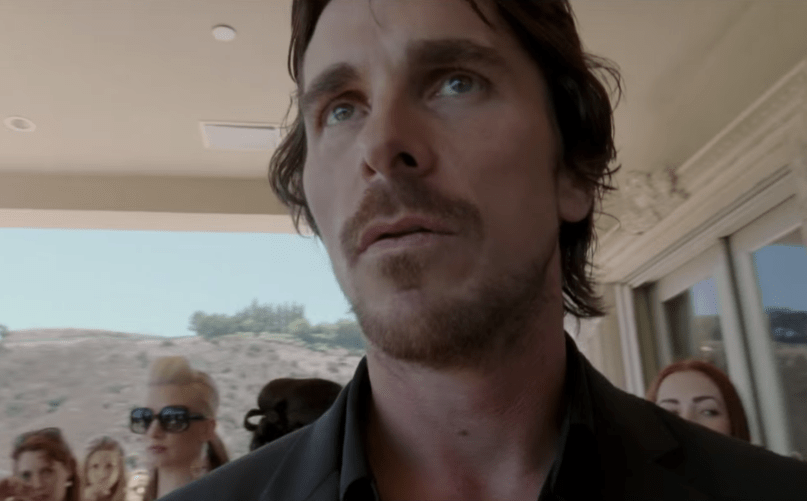 “I can’t remember the man I wanted to be,” Christian Bale confesses in the latest trailer for Terrence Malick’s Knight of Cups.

For two and a half minutes, we’re snatched up from reality and tossed into a world of Hollywood hedonism. Drilling industrial electronica, an angry, teary-eyed Cate Blanchett, and promiscuous flashes of both Imogen Poots and Natalie Portman hint that Bale’s scandalous world has become somewhat topsy-turvy.

So, what’s this all about? Here’s the official synopsis:

Rick is a slave to the Hollywood system. He is addicted to success but simultaneously despairs at the emptiness of his life. He is at home in a world of illusions but seeks real life. Like the tarot card of the title, Rick is easily bored and needs outside stimulation. But the Knight of Cups is also an artist, a romantic and an adventurer.

In Terrence Malick’s seventh film a gliding camera once again accompanies a tormented hero on his search for meaning. Once again a voiceover is laid over images which also seek their own authenticity. And once again Malick seems to put the world out of joint. His symphonic flow of images contrasts cold, functional architecture with the ageless beauty of nature. Rick’s internal monologue coalesces with the voices of the women who cross his path, women who represent different principles in life: while one lives in the real world, the other embodies beauty and sensuality. Which path will Rick choose? In the city of angels and the desert that surrounds it, will he find his own way?

Step into the madness below.