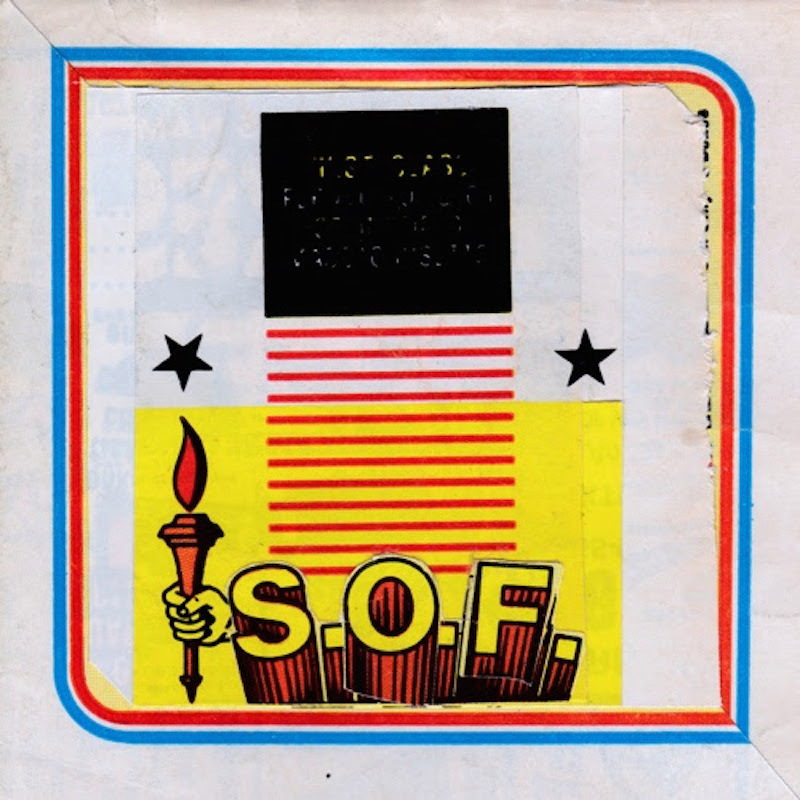 Soldiers of Fortune — a supergroup made up of various members of Oneida, Chavez, Endless Boogie, Zwan (RIP), and even one touring member of Interpol (among assorted others) — have consistently and insistently referred to themselves as an anti-band. That means no rehearsing, no writing ahead of recording, and almost no live shows, save for one week spent opening for Black Dice in England. According to band (sorry, anti-band) mastermind and jack of all trades Matt Sweeney, the collective would show up, “jam for about eight hours and what was recorded got edited into manageable rock bits.” Predictably, this complete lack of agenda makes for a sophomore effort that’s fascinating as a document, but not so much as a proper album.

The best things Soldiers of Fortune have going for them are a palpable sense of energy and camaraderie. Opener “Nails” sucks up everything into a tornado of noise and guitar weirdness that can only come from the musicians being tight players and even tighter friends. There are also some earth-shaking vocals reminiscent of Ian Gillan (don’t ask me which of the six soldiers is singing; could be Gillan himself, for all I know) that jostle the listener right away and never let up. That same cannonball force carries over into “Cinnamon Man”, which alludes to more than just the title of a certain Neil Young hit by also embracing its hypnotic use of repetition and words that have some some real meat to them.

It helps that these first two tracks feel like actual songs, a word that wouldn’t be so important if we were talking about jazz or electronica and not classic rock. And, experimentation aside, that’s the exact genre Soldiers of Fortune deal in, with perhaps a tinge of punk thrown in for extra adrenaline. This serves the straightforwardness of “Cinnamon Man” well — it’s just under four minutes and has an easily understood story about someone who can’t forget the thrills of a former drug dealer/lover, even when they settle down with kids. The same goes for “Nails” and the Stephen Malkmus-fronted “Campus Swagger”. Even at his most idiosyncratic and improvisational, the Pavement/Jicks frontman still knows his way around a captivating lyric, rattling off a list of fictional dances that once again plays to the group’s ’70s FM influences.

But after that, Early Risers gets a little too loose, a little too freewheeling to stay interesting as an LP. Once again, this ain’t exactly jazz. Cass McCombs shows up on “Old Roman Wall” to prove that a slowed down riff on nursery rhymes is a lot less fun than SM’s laundry list of made-up choreography, and “Pure Shame” is a guitar freakout that never freaks out quite enough. It could be a personal preference, but songs that consist of nothing except one long crescendo always seem to bottom out before they’re supposed to (at the end, please). Immediately afterwards, the spoken word, going-back-to-Cali sludge of “Santa Monica” does little to pick the album’s front-loaded momentum back up. Soldiers of Fortune may fancy themselves an anti-band, but in the world of classic-rock throwbacks, it might make more sense to take on the preparation and structure of an actual band.