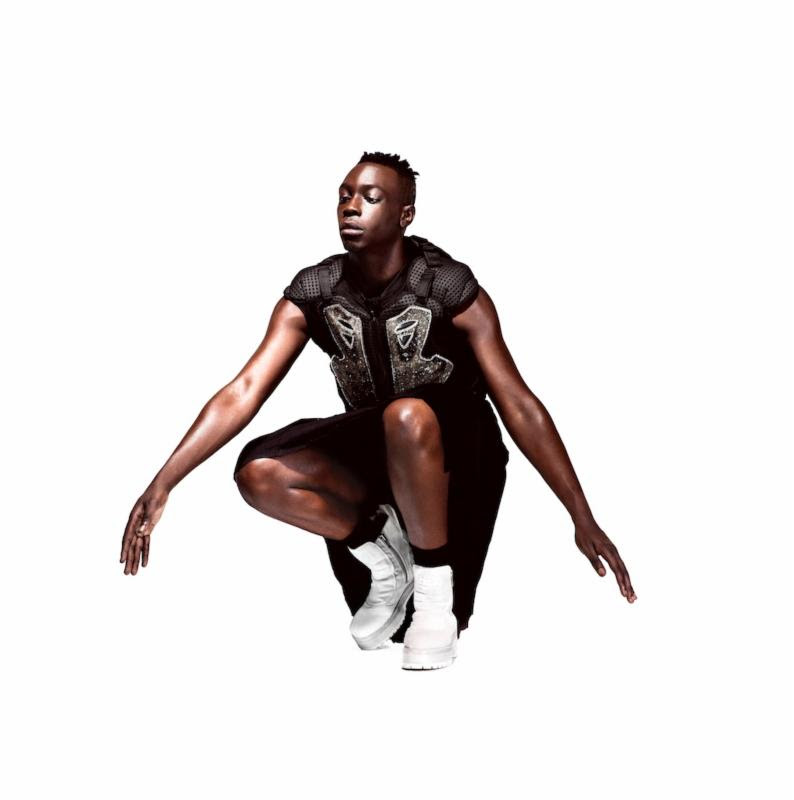 There are few artists in rap (or any genre, for that matter) more forward-thinking than Le1f, who has been delving deep into avant-garde sound for years now. He is a seismic force of energy, a furiously kinetic artist. Not only is his music constantly moving, it’s movements are uniquely animated — like a model strutting down a catwalk, the flashes from photogs forging a sort of temporal field that gives off its own life. When he raps inside of flaring, clicking electronic productions, he soaks up the space and performs as if under a spotlight, contorting his voice in weird directions. Since his breakout 2012 mixtape, Dark York, and its rambunctious standout “Wut”, Le1f has consistently produced progressive rap of the highest caliber, and he’s become the face of the art rap scene doing so.

His debut album, Riot Boi, is mostly more of the same. There are all of the signature components listeners have come to expect from a Le1f release — wordplay that’s somehow both elastic and explosive over production that marries the best of IDM and hip-hop — packaged to tell a personal story from a perspective that has seldom been given the appropriate exposure in rap until recently. It’s tempting to immediately make an association with riot grrrl, the feminist hardcore punk movement of the early ‘90s, but the title seems less about drawing ideological parallels and more about trying to frame the sheer frenzy that Le1f’s music produces.

Chaotic soundscapes have always been a staple of Le1f’s work, and riotous is a good way to describe the way they sound and feel. Riot Boi delivers big, warping sound structures (see: “Rage”) and Le1f bends in and out of them with a coiling delivery that treats syllables like putty. He executes phrases like he’s doing voiceover work on songs like “Change” and “Umami/Water”. The Manhattan native knows that his witty phrasing makes his songs fun and charming, and he reasserts that skill here.

Le1f has been vocal about not being pigeonholed as a gay rapper, and rightfully so. There are so many other qualities of his music that get ignored by such a reductive tag. Queerness — like blackness — is just another aspect of his being, and that identity naturally feeds his musical narratives. Still, being black and/or gay is somewhat inherently political, given the ongoing battles for civil and human rights, and Riot Boi is easily Le1f’s most political music to date. He delivers commentary with the same showmanship he’s become known for.

From front to back, Riot Boi is the most complete Le1f collection. “This is the album that I wanted to make since I was 16,” he told the New York Times. “I was a hell-of angsty teenager.” It shows. This feels like the the culmination of a big buildup. Le1f goes on to compare the album to telling a suitor off at the club, explaining to them the struggles of being openly gay and black in America, and then going home, alone but satisfied. To that end, Riot Boi essentially turns intersectionality talking points into personal identifiers, and they line his sneakily clever raps and touching personal stories. On “Taxi”, he explores how racism affects gay communities, comparing dating to trying to hail a taxi: “Checking for you’s a waste of time/ Niggas like me don’t cross your mind/ I see you checking up on him/ Like you can’t see me in my skin.”

There are references to Trayvon Martin and Eric Garner on “Change” and “Tell”, respectively. On “Koi” he ducks a would-be beau, rapping, “Dudes wanna holla, I’m skeptical/ Cuz I’m really rare, like the best of all/ I wanna know if you could let them good times roll/ Like if I throw it in the air can you catch ’em all?” Each song has some semblance of social critique, even if it’s something as simple as black is beautiful (“Grace, Alek or Naomi”), and he scans the entire emotional spectrum between insecurity and fearlessness in the process, which really imbues the songs with personality. On opener “Hi”, he raps, “Check my whole aura winking at you/ International youth gang, we liberal/ But I’ma do me is all I can do.” In every moment on Riot Boi, Le1f does him. The album’s sharpest, most impressive cut, “Lisa” (produced by Salva and Blood, a key architect of the Justin Bieber comeback), is proof of this: When given adequate space, Le1f once again succeeds just being the best and most honest version of himself.