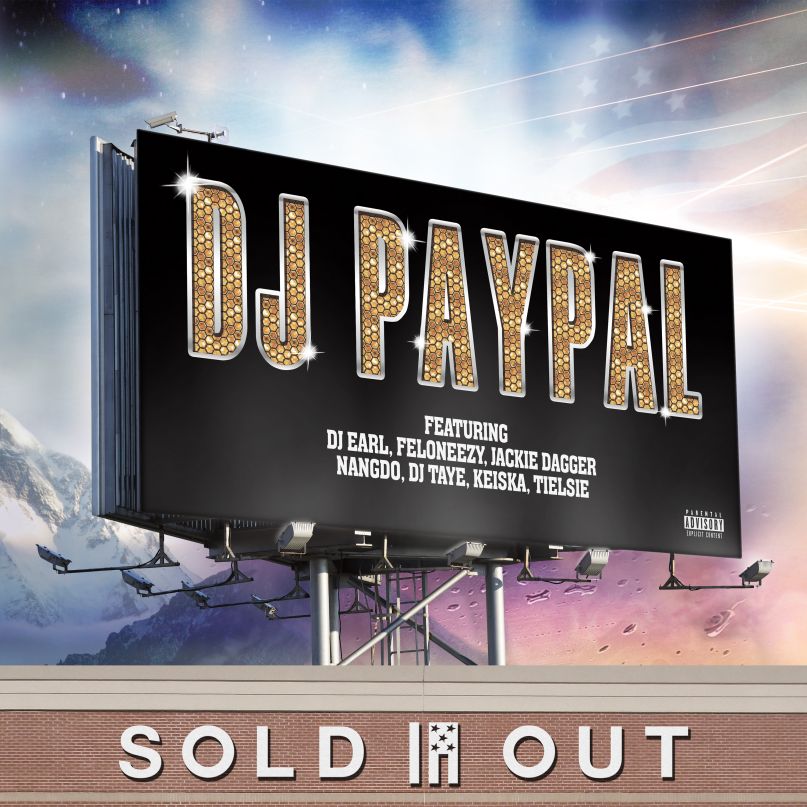 Perpetually hiding his face behind a black tee and dark sunglasses, Berlin-based DJ Paypal keeps attention locked solely onto his music. It’s the visceral free jazz wanderings throughout debut LP Sold Out that expands on the Brainfeeder language, one that has been so masterfully guided by Flying Lotus. DJ Paypal then utilizes that FlyLo association to justly propel the careers of Teklife mates DJ Taye, Feloneezy, and DJ Earl. Whether through the migration of expats (DJ Paypal was himself born in the US) or the tireless efforts of forward-thinking promoters across the globe, the Chicago-born footwork sound has taken on an international appeal. Through Paypal’s versatile production, this eight-track mini-album highlights styles and talents from Latin America, Japan, and Europe that have impacted the intentionally frantic club creation — and its an evolution that DJ Rashad would undoubtedly celebrate, were he still behind the decks.

“Awakenings” most heavily entrenches Paypal in dusty jazz samples. Still hitting at a dizzying 160 BPM, the interplay between trumpet and percussionist is one that an experimental live ensemble could very well undertake. The classic tones of soul run thick on the ivory strokes of “Ahhhhhhh” and the DJ Earl-featuring “We Have Only Just Begun”. The latter’s a turntablist’s dream, with its textured breaks and chopped, inspirational vocal samples. Meanwhile, Afro-Cuban instrumentals enliven the album’s most infectious cut, “Slim Trak”. This hybridization culminates on closer “Say Goodbye (feat. Keiska and Tielsie)”. A blend of nostalgic ’80s electro and J-pop, the single develops at a pace unlike any other in the eclectic Paypal repertoire. At nearly 7:30 in length, DJ Paypal offers himself plenty of room to let the hushed synthesizers and background ambiance leisurely glide among the genre’s predominantly aggressive dance stylings. For a sound born from dance battles, this shift creates a massive opportunity for continued evolution from footwork’s young torchbearers.

It wasn’t too long ago that Paypal himself was working his happy hardcore fanaticism into the footwork bass lines. While those hardcore elements are non-existent on this effort, the whimsical spirit remains. Just as happened with house, techno, and hip-hop, an international collective is contorting a US-born sound into new forms around their unique experiences and influences. Footwork/juke is quickly accumulating the breadth of culture of the seminal house sound that originated in the same underserved communities in Chicago. Rather than put himself forward, in remaining faceless, Paypal is ensuring the best opportunity for this beloved genre to flourish.