Plus, an update on Arcade Fire's record label status (or lack thereof) 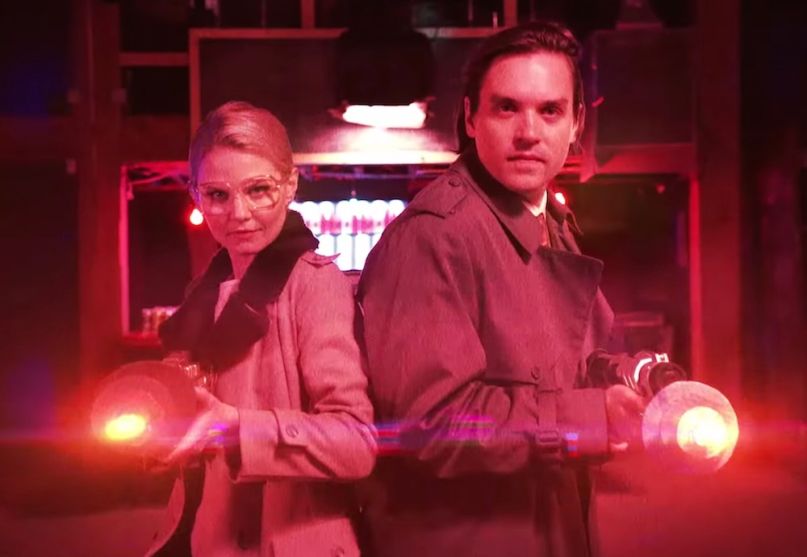 Will Butler must know someone in Hollywood because his music videos have been filled with real star power as of late. Previously, Emma Stone turned in an absolutely magnetic performance in the Arcade Fire member’s clip for “Anna”. Now for the visual for “What I Want”, Jennifer Morrison of the TV series House takes centerstage alongside Butler.

Directed by Brantley Gutierrez, the video follows Butler and Morrison as they transform a bunch of rowdy young punks into so-called “boring parents” by targeting them with a magical ray gun. Among the dull oldies? Yet another A-lister in Perry Farrell, who makes a cameo appearance.

In a statement, Butler talked about the making of the clip:

“Filming this video felt like a rock and roll laser tag birthday party. The kids were amazing-upbeat and hilarious the whole shoot. Such civilized anarchists. And-to mix metaphors, I guess-Jennifer Morrison was a real Albus Dumbledore, wise and unflappable and insanely talented. She truly classed up the rest of us muggles.”

“What I Want” is off Butler’s solo debut, Policy, out now.

In related news, Arcade Fire manager Scott Rodger recently addressed the band’s label situation, which is up in the air following the completion of its Merge Records contract. Below, read his thoughts on what’s next for the Canadian indie rockers (via ArcadeFireTube).

“They’re a huge touring act who sell around 1.6m – 2m albums each time. We’re out of our deal, they have no deal, plus most of their catalogue has reverted back to them. So they’ve got all the rights to their first mini-album, all the rights to Funeraland Neon Bible. The Suburbs comes back in the summer of 2017 and the next year we get back Reflektor.

We can do a futures deal; we can go to any label and sign the whole catalogue plus futures now. The question is, why would we? I sat with the band the other week: they’re not bread-heads, they don’t care about [a big payday]. They have a couple of studios, so they don’t need studio time to make their next record. They’ll fund it themselves, which they’ve done for every album anyway. They just want to do what’s smart. We can do physical with a boutique company and do some really nice vinyl. We can partner with a tech company. We can sign up to a digital aggregator. There are a lot of options.”