The Catastrophist serves as the Chicago outfit's first record since 2009, plus a North American tour 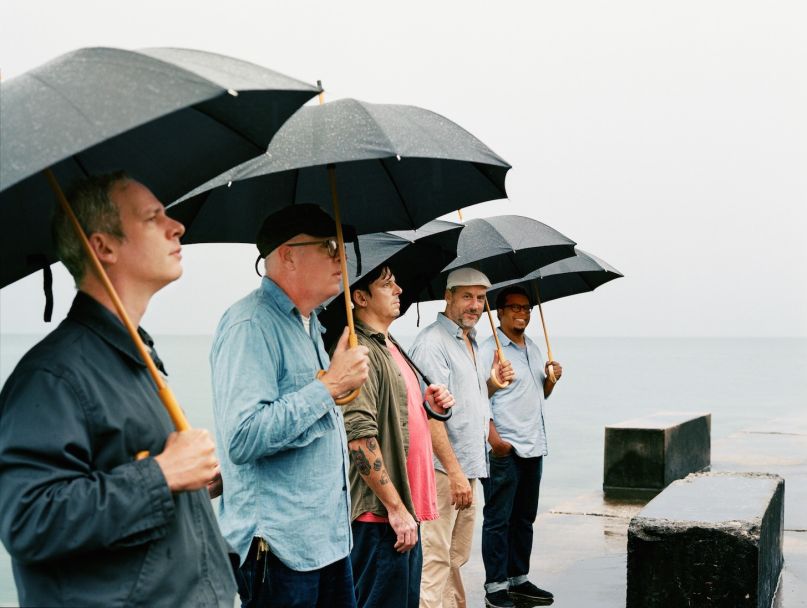 Tortoise are gearing up to return with The Catastrophist, their first album in nearly seven years. The follow-up to 2009’s impressive Beacons of Ancestorship is expected to hit shelves on January 22nd through Thrill Jockey.

For the 11-track effort, the Chicago experimental outfit — known for their fusion of post-rock, jazz, electronica, and more — will be working with “synth-swept jams” (title track), “hypnotic, bass-and-beat missives” (“Shake Hands with Danger”), as well as a cover of David Essex’s 1973 hit “Rock On”. Guest collaborators include Todd Rittman of US Maple/Dead Rider and Georgia Hubley of Yo La Tengo.

According to a press release, the origins of the new album date back to a project some five years ago:

“For The Catastrophist, the spark came in 2010 when the group was commissioned by the City of Chicago to compose a suite of music rooted in its ties to the area’s noted jazz and improvised music communities. Tortoise then performed those five loose themes at a handful of concerts, and ‘when we finally got around to talking about a new record, the obvious solution to begin with was to take those pieces and see what else we could do with them,’ says [the band’s John] McEntire. ‘It turned out that for them to work for Tortoise, they needed a bit more of a rethink in terms of structure. They’re all pretty different in the sense that at first they were just heads and solos. Now, they’re orchestrated and complex.'”

As a preview, Tortoise have revealed lead single “Gesceap”, a meandering instrumental sparked by wavering synths. Listen in below.

In addition to the LP news, Tortoise have lined up a 2016 tour across parts of Europe and North America.