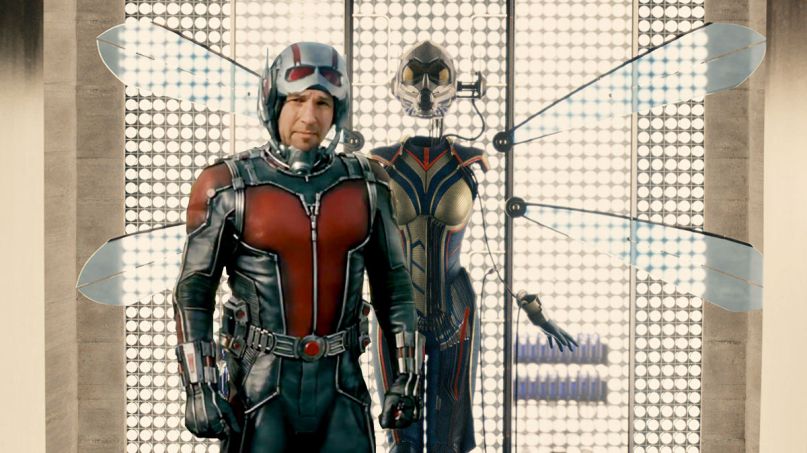 Marvel has kicked off New York City Comic-Con with the announcement of a sequel to this year’s Ant-Man. Entitled Ant-Man and the Wasp, the film’s July 6th, 2018 release date will make it the first Marvel Studios movie to feature a heroine in its title.

That honor was originally supposed to go to Captain Marvel, which was initially scheduled for the July 6th date. It will now see release on March 8th, 2019. Black Panther, with F. Gary Gray eyed for the director’s chair, has also seen its release date moved, now landing a full five months earlier than intended on February 16th, 2018.

(Read: Does Continuity Matter? Time Travel and the Multiverse in X-Men and DC’s Extended Universe)

Ant-Man and the Wasp promises the return of both Paul Rudd as Scott Lang and Evangeline Lilly as Hope Van Dyne. Spoiler alert, but the first film ended with Hope’s father (Michael Douglas) presenting her with a prototype for the Wasp uniform, which she’ll don in the sequel to fight alongside Lang’s Ant-Man. Rudd’s character will next appear in next summer’s Captain America: Civil War.

In addition to the sequel news, Marvel has expanded its slate into 2020, announcing three unnamed films for May 1st, July 10th, and November 6th. With the two-part Avengers: Infinity War wrapping up in 2019, it’s likely these three films will kick off Phase 4, though Marvel’s press release leaves that ambiguous.

For clarity, here’s what Marvel’s full Phase 3 (and beyond?) looks like now: