Plus, a video for the Are You Alone? track 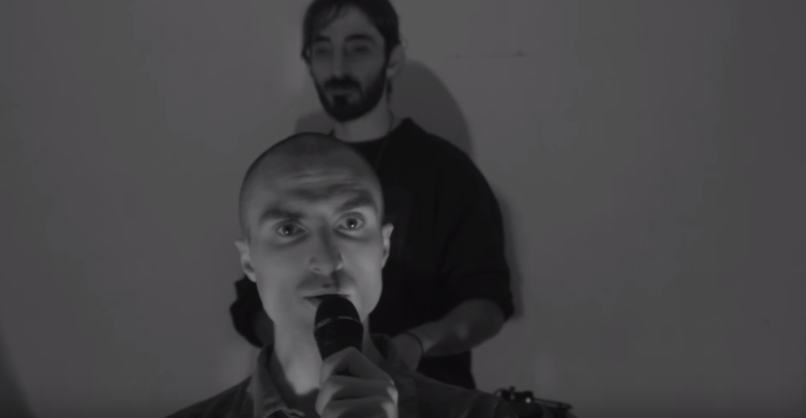 Montreal duo Majical Cloudz will release their sophomore album, Are You Alone?, on October 16th via Matador Records. One of the most anticipated releases of the fall, Devon Welsh and Matthew Otto have already shared the record’s title track and “Silver Car Crash”. Just one week out from the drop date, they’ve returned with “Downtown”.

The song sees a swirl of synths slowly spiraling behind Welsh’s voice, heightening its already hypnotic qualities. A sedated metronome beat taps in the background, keeping the song afloat like the occasional beat of a small bird’s wings. In his purely captivating tone, Welsh’s simple lyrics are as beautiful as always: “There’s one thing I’ll do/ If it ever goes wrong/ I’ll write you into all of my songs.”

Check out the track via its sparse black-and-white video below.

Magical Cloudz also announced a fall tour to support Are You Alone? kicking off in October. See the schedule below.