Comedy collaborators working on an adaptation of the tell-all book, The Disaster Artist 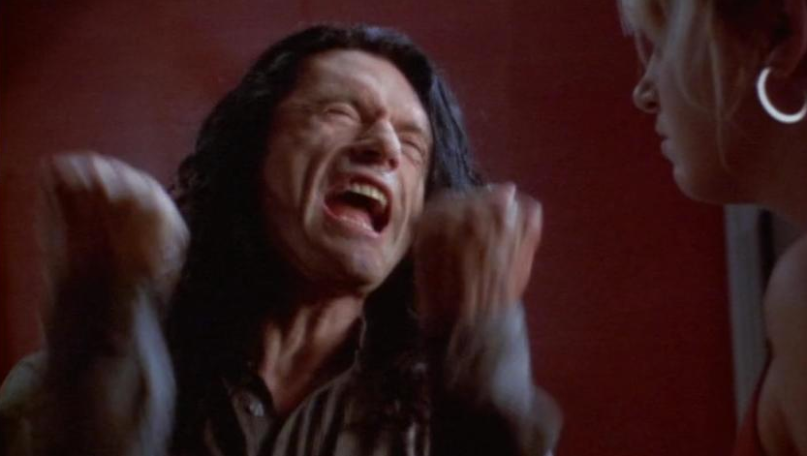 If you haven’t heard of or seen 2003’s The Room, go buy yourself a bag of plastic spoons and find a midnight showing at a theater right now. Witnessing the film is one of the most bizarre, bewildering, hysterical cinematic catastrophes of the past decade-plus. How it ever came to be is an equally strange tale, one that James Franco and Seth Rogen will tell in a new making-of film coming from New Line.

The studio is in negotiations to acquire a package that includes the rights to The Disaster Artist, a nonfiction book written by The Room star Greg Sestero (Mark) and journalist Tom Bissell revealing the behind-the-scenes oddities that went into making what’s come to be known as “the Citizen Kane of bad movies.” The deal would see Franco directing and starring in the film as Tommy Wiseau, the enigmatic creator and star of The Room. Franco’s brother Dave Franco is also attached to star as Sestero, while Rogen would produce as well as take a leading role.

Scott Neustadter and Michael Weber (The Spectacular Now, Fault in Our Stars) have already turned in a script, and the project is eyeing to start production on December 7th. Below, read the Amazon synopsis of The Disaster Artist, followed by the trailer for The Room.

Nineteen-year-old Greg Sestero met Tommy Wiseau at an acting school in San Francisco. Wiseau’s scenes were rivetingly wrong, yet Sestero, hypnotized by such uninhibited acting, thought, “I have to do a scene with this guy.” That impulse changed both of their lives. Wiseau seemed never to have read the rule book on interpersonal relationships (or the instruc­tions on a bottle of black hair dye), yet he generously offered to put the aspiring actor up in his LA apart­ment. Sestero’s nascent acting career first sizzled, then fizzled, resulting in Wiseau’s last-second offer to Sestero of costarring with him in The Room, a movie Wiseau wrote and planned to finance, produce, and direct—in the parking lot of a Hollywood equipment-rental shop.

Wiseau spent $6 million of his own money on his film, but despite the efforts of the disbelieving (and frequently fired) crew and embarrassed (and fre­quently fired) actors, the movie made no sense. Nevertheless Wiseau rented a Hollywood billboard featuring his alarming headshot and staged a red carpet premiere. The Room made $1800 at the box office and closed after two weeks. One reviewer said that watching The Room was like “getting stabbed in the head.”

The Disaster Artist is Greg Sestero’s laugh-out-loud funny account of how Tommy Wiseau defied every law of artistry, business, and friendship to make “the Citizen Kane of bad movies” (Entertainment Weekly), which is now an international phenomenon, with Wiseau himself beloved as an oddball celebrity. Written with award-winning journalist Tom Bissell, The Disaster Artist is an inspiring tour de force that reads like a page-turning novel, an open-hearted portrait of an enigmatic man who will improbably capture your heart.