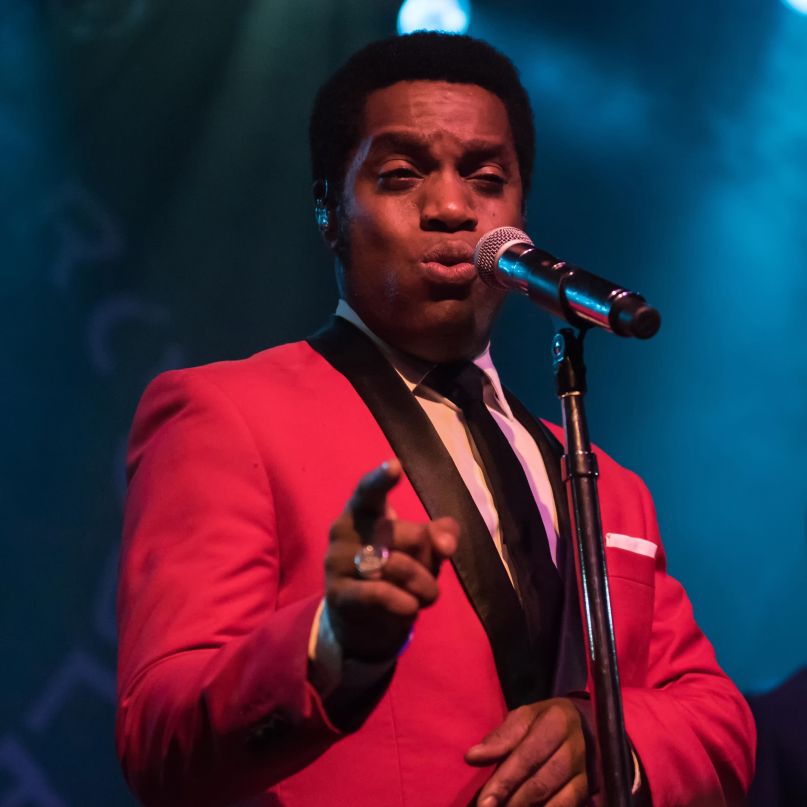 Blues rock band Vintage Trouble performed at the TLA in Philadelphia on Sunday night in support of their latest release, 1 Hopeful Rd. Their popularity is on the rise due to their hectic world-wide tour schedule, which has seen them open up for the likes of The Who, The Rolling Stones, and AC/DC.

But that’s not the only reason that their career has taken off. Their unique fan base, affectionately called TM’s or Troublemakers, have also been a big part of their success, according to the band. And the Troublemakers were in full force for this show, some traveling from as far as the UK to see them. They were anxious to dance and happily obliged when encouraged by the band to “get sweaty” with them.

Highlights from the diverse setlist included old show standards like “Blues Hand Me Down”, “Nobody Told Me”, and the touching “Nancy Lee”, a song about how vocalist Ty Taylor’s parents first met. But it was some of their new songs that really shone, including “Angel City,California”, “Soul Serenity”, and “Strike Your Light”. Taylor’s energy level was impressive as he performed on the stage, in the crowd, from the balcony, and on anything he could find, and the band performed with formidable chemistry. Between Nalle Colt’s electrifying blues-infused riffs, Rick Barrio Dill’s smooth bass lines, and Richard Danielson’s energetic pounding of the drums, the fans often appeared to be whipped into a frenzy. Part concert, part dance party, Vintage Trouble offered up a wild way to end the weekend for their Philly faithful.