Hot Chip shares studio version of “Dancing in the Dark”, “All My Friends” covers — listen 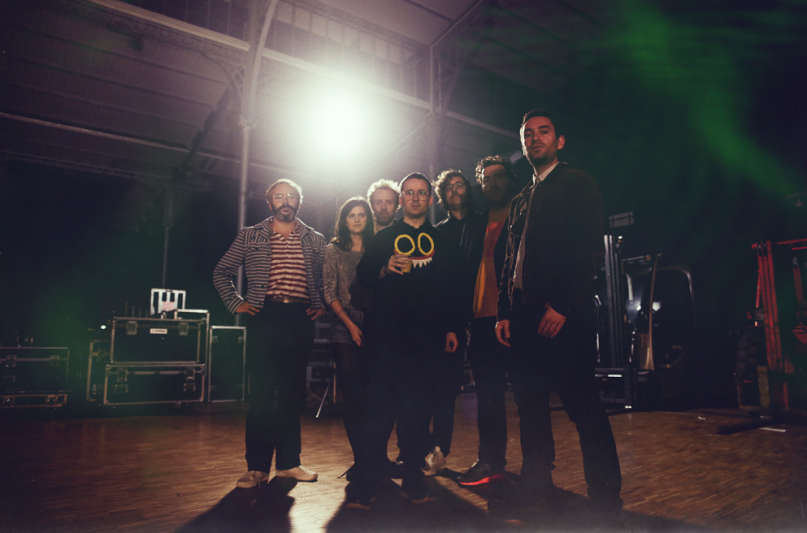 While out on the road supporting their latest record, Why Make Sense?, Hot Chip has incorporated some exciting cover songs into its sets, specifically: Bruce Spingsteen’s “Dancing in the Dark” and LCD Soundsystem’s “All My Friends”. The UK electronic outfit even did both with special guest David Byrne during a show at NYC’s Webster Hall in August. Now, Hot Chip have released a studio version of the covers blended into one epic track.

Presented via a video that mixes ’80s found footage with concert clips, the cover brings a frenetic energy to Springsteen’s classic rock track thanks to some speedy synthesizers. It all just gets more and more hyped as the track goes along, eventually transitioning into “All My Friends” around the 05:00 mark. Check it out below.

Hot Chip’s take on “Dancing in the Dark” is available now via iTunes, with a four-track EP coming October 23rd. In addition to the cover, the EP will feature an alternate take of “Cry for You”, plus remixes of “Huarache Lights” by Soulwax and A/Jus/Ted. The cover will also appear on the October 24th deluxe edition of Why Make Sense?.