Mark Kozelek – Down In The Willow Garden EP 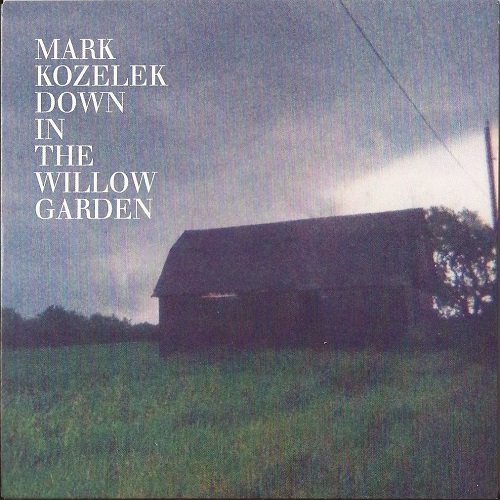 Mark Kozelek’s rapid-fire descent into overextended trolling, The War On Drugs hate, and disparaging misogyny from the comfort of a London stage practically begged fans to take a step back. The man behind Red House Painters and Sun Kil Moon finally went too far. On four-song EP Down In The Willow Garden, he’s reeling his old self back into vision, even if Universal Themes captured that sound already. Here, the collection of intricate numbers, all covers, highlights his guitar technicalities and vocal merits lauded some decades ago over the course of 20 minutes. At last, we’re once again gifted Kozelek the Musician — not Kozelek the Lyricist, Kozelek the Misogynist, or Kozelek the Curmudgeon.

To test his talent, compare the two versions of the traditional Appalachian murder ballad the EP gets its name from. “Down In the Willow Garden (Version 1)” clocks in just under two minutes, slurring around guitar slides that mirror the lyrics of poison and blood with brooding tones. “Down In the Willow Garden (Version 2)” nearly double the first’s length, falling into the rhythm of an evening strum on a porch with heavy-hearted calls pushing each chord forward. Kozelek’s brain keeps churning out acoustic landscapes, so many that he can’t choose which better suits the rich words of a generation that came before him.

The EP’s peak comes in the form of a 10-minute story titled “Chapter 8 of John Connolly’s ‘A Song of Shadows'”. Lifting words straight from the Irish writer’s 2015 novel, Kozelek uses his bleak voice for dark comedy gold. “He couldn’t countenance the possibility that there were people in the world who looked back at their school days only with fondness, as the best time of their lives,” he speaks between musical interludes. “‘How bad could your life be,’ Orin wondered, ‘if your days in high school represented the best of it?'” Hilarity flows with country twang as the story continues: The school catches on fire, teachers call the cops, and classmates admit their aversion to accepting him despite never actually disliking the kid. Who knows if he wrote this out of boredom or infatuation with the novel. Whichever it is, it hints at what we can expect of his upcoming spoken word album with poems by Argentinian street kids, although hopefully that one will be less bleak.

His lush arrangements showcase themselves on “Sick Again”, an inventive cover of Led Zeppelin’s 1975 Physical Graffiti cut. Although a couple of the lines read like the work of Kozelek himself (“Clutching pages from your teenage dream in the lobby of the Hotel Paradise/ Through the circus of the LA queens”), the original delivery turns from jovial to regrettable, an undeniable creepiness taking over as Kozelek ruminates on the age of consent and possible statutory rape. “Said you dug me since you were 13/ Then you giggle as you heave and sigh,” he sings, his soft-spoken drawl shifting the tone of Robert Plant’s scratchy delivery. Nothing strips the rock cred of a song like addressing underage sexual favors, so Kozelek covers “Sick Again” with his tongue in cheek. His spin on the chorus and classical guitar playing nearly make the rest of the original song unrecognizable, recalling the texture of his Red House Painters days with ease.

Here, and on the other three tracks, he wields an acoustic guitar like it’s got secret compartments. Mark Kozelek knows what he’s doing. He always has. For those calling on artists to be judged by their product, not their personality, this EP is for you and your sanguine praise — not that Kozelek ever sought it in the first place.