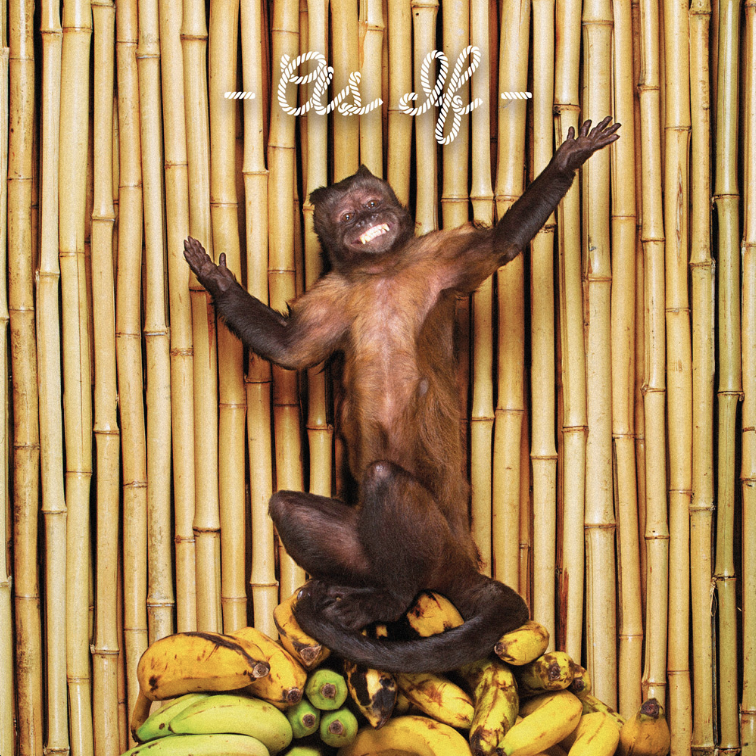 There hasn’t been much punk in !!!’s dance music for some time now. Over the years, the grooves have evolved into full-on disco tunes. The early records — 2001’s self-titled debut and 2004’s Louden Up Now — and much of 2007’s Myth Takes were strongly influenced by disco, but not owned by it; they didn’t boogie, they bounced, forging soul-infused rhythms out of rocking punk riffs. There was a thin line that subtly identified where exactly the sounds from these two very different genres were blending, and when done right it felt both punky and funky. The music’s greatest quality was that it often mirrored a radical jam session with some songs clocking in near 10 minutes. So much happens in the life span of Myth Takes‘ “Bend Over Beethoven”: It’s electrifying in its ability to hold the listener’s attention with seemingly improvisational arrangements.

More recent !!! songs have lost that spark. Not only are they shorter, they’re straight-up dance numbers with considerably less bite. They’re not nearly as spontaneous, the song structures are stale, and there aren’t any of the gut-punching anti-establishment shouts like the ones that punctuated “Pardon My Freedom” from Louden Up Now. They’ve completely abandoned — or at the very least ignored — what was great about the band in the first place. !!!’s last album, 2013’s THR!!!ER, was produced by Spoon drummer Jim Eno and Simian Mobile Disco’s Jas Shaw and seemed poised to return them to their former dance-punk glory, given the skill sets of the parties involved. Yet, the album failed to recapture the appealing fusion sound. Of course, there are much worse things than making a groovy, bass-heavy dance record that scans as both enjoyable and forgettable after one listen, but there are much better things, too.

It seems like the longer !!! has been on Warp Records — home of releases from the likes of Aphex Twin, Future Brown, and Hudson Mohawke — the further the band has drifted away from any semblance of punk, and the pattern continues on their latest album. As If is a dance record almost entirely packed with discotheque rhythms and hard pulsating downbeats. When !!! leans heavily on its dance sensibilities, the music’s scope is drastically limited, and it accomplishes significantly less. Half of what made the early albums fulfilling listens was hearing indie rock’s take on disco, what it changed and what it preserved in the melodies and patterns, how it perceived the sound and made it its own. Without that vital connection, you’re simply left with a former indie band doing disco karaoke. Songs like “Til the Money Runs Out” and “Sick Ass Moon” are poor renditions of dance tracks that struggle to get the formula right. When the falsetto drops into some sort of chant over fuzzy guitars on “Bam City”, it isn’t compelling, it’s grating.

As If is still dance music, though, and dance music has the benefit of registering as fun at least half of the time, even when it isn’t very interesting. A handful of these tracks have an infectious vibe, and it’s hard not to move to them. “Freedom! ’15” builds from a distance before exploding into an oozing bass line and galloping percussion. On “Funk (I Got This)”, which is appropriately named, there is a fantastic breakdown where the bass drops out and the lead line struts. The album’s best song, “All the Way”, zips along with alternating synth progressions and colorful accents. The middle section of the album is stellar, and for a few fleeting moments, it all seems to work.

Unfortunately, the rest of As If is much less engaging. Opener “All U Writers” steadily throbs beneath its simple message: “All you writers, get out your pens and write.” It’s such a bland call-to-action that it’s impossible to rally behind (even for a writer). “Every Little Bit Counts” is the only song here that tries to find the indie rock root at the center of all the dancing, but it is weighed down by pitchy vocal harmonies and spotty lyrics. The closer, “I Feel So Free (Citation Needed)”, is by far the longest track on As If, and the longest since “Bend Over Beethoven”, clocking in at almost nine minutes. But unlike all of those great !!! jam sessions of old, it never changes or evolves. It is tiresome and stagnant, much like the band that made it.