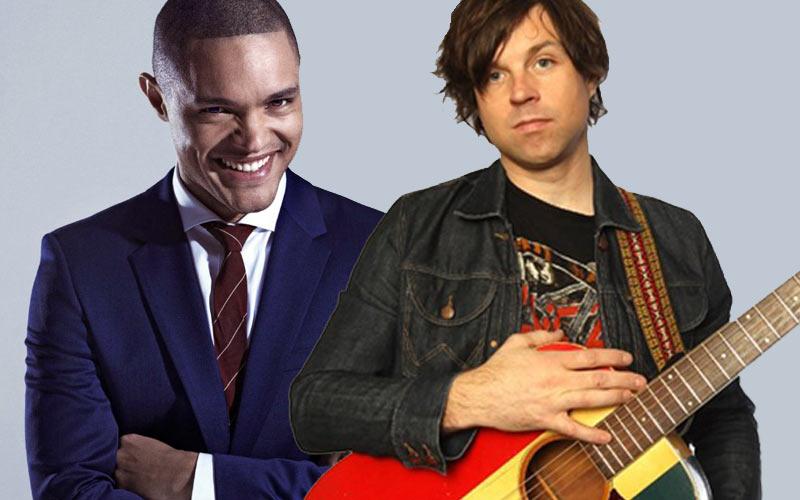 September 28th marks the dawn of a new era; the beginning of Trevor Noah’s reign as host ofThe Daily Show. The South African comedian is taking over for recently retired Jon Stewart, who is now focusing on a career in wrestling. Today, Comedy Central revealed the guest list for Noah’s first week of shows, and it’s a weird group.

Noah’s guest on his first show will be comedian Kevin Hart (Ride Along), so it appears Comedy Central is trying to kick things off with more funny than political. The next two guests are Whitney Wolfe, the CEO of new dating app Bumble, and New Jersey governor and noted bridge troll Chris Christie. The final show of the week is the real doozy, with musician Ryan Adams sitting down for an interview as well as a performance. No word yet on whether he’ll be playing original material or something off of his buzzing Taylor Swift cover album 1989.

Adams is a veteran when it comes to late night performances, so the October 1st show is definitely the one I’ll set my DVR to record.

Watch a Kanye-soundtracked trailer for The Daily Show with Trevor Noah.