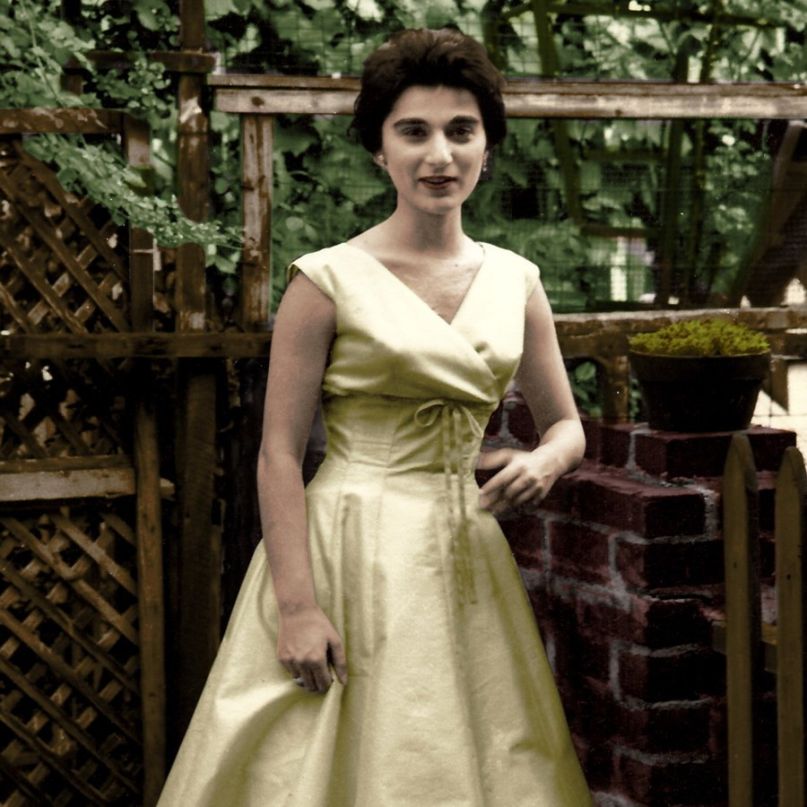 A million bucks says this gets turned in to a Fincher movie.

Let me back up. While getting wrapped up in Bill Genovese’s deep dive in to the infamous New York death of his sister Kitty, one can’t help but get the eerie feeling like they’re watching something … phony. The Witness is certainly a documentary, mind you. But look at the evidence. Genovese narrates with a hard-boiled voice that could describe kidnappings on Unsolved Mysteries (even if he does sound like Charles Grodin). Genovese has crazed evidence boards, like the kind you see in even the most stock thrillers nowadays. Plus, there’s even a scene where Bill’s entire family erupts at the dinner table to ask him when he’ll find closure, or at least, let his sister’s death go. It almost comes as a surprise that Genovese’s wife doesn’t scream “I want my husband back.” Replace Genovese with Harrison Ford or De Niro and you practically have an autumn thriller with shadows, a large floating head, and John Grisham’s name on the poster.

Needless to say, it’s hard to avoid the modern language of thriller and crime when experiencing The Witness, a doc about the hunt for truth, and trying to find it even when a story’s just too big for truth. In telling the awful tale of Kitty Genovese’s 1964 stabbing, and her alleged 38 witnesses that did nothing, director James Solomon has crafted a compelling, but unnervingly Hollywood-ized take on a true story. Bill Genovese’s a man on a myopic mission to find out what exactly happened to his sister 50 years ago. Genovese begins the film bluntly stating: “I was 16 when my sister was murdered in New York City.” Hairs raise on the back of the neck when he states this. It was called a moment of New York apathy, and Kitty Genovese became a name for when a bovine populace stands by and does nothing.

Bill is searching for truth, he wants to demystify the urban legend, and ultimately he wants to know who his sister was. He is John Wayne in The Searchers. A man on a mission. But for what? It’s unclear, but The Witness repeatedly acknowledges this. Genovese looks at court documents, meets tons of New York characters that were near the incident, visits the stairwell where his sister died, and challenges members of the press for sensationalizing the event (specifically The New York Times’ famous story with its potent but misleading lede). Most movingly, though, all this running around amounts to moments or touching, revisionist reminiscence for Kitty.

To the film’s credit, Bill, the prime subject, has intense focus, and loved his sister. He’s more than willing to take people with him on this personal pilgrimage. It’s gritty and grim, for sure. Yet, one can’t help but shake the entirely familiar experience of The Witness. It’s not the integrity of that doc that comes in to question, it’s the framework and how it reads.

If Capote’s In Cold Blood inspired Bennett Miller’s Capote, a deconstruction of that author’s tendencies to make the real seem fake, The Witness does a spiritual flip. This is a doc, attempting to demystify a heinous event the press ran with and kept alive as long-form story-telling, yet it plays like a big event film about an intense man on a hunt.

Maybe it’s the reconstructive illustrations, taped interviews, or the speedy pace, but something’s off about this doc. Perhaps it’s the popularization of work like Serial, or The Thin Blue Line, but The Witness even features clips from Perry Mason and Law & Order to make points, but those serves to remind people of the modern entertainment language for this kind of subject matter. Those kinds of films and TV shows penetrate the subject matter, willfully. But often accidentally. The result is something nebulous, and dangerously debatable (especially the closing scenes) at best.

Take for instance Genovese’s backstory. Genovese lost his legs in combat but his platoon saved him. That’s perfect, and a moving truth. Yet the damn film’s fictionalized feel makes his Vietnam experience comes across like badly written backstory. His story’s meant to be a contrasting metaphor for people that help, but the animated (cartoonish) explosions and news reel footage seem almost flippant. It’s amazing, actually; a real-life tour of duty, a sad story and important piece of context, plays like a rejected Tropic Thunder monologue.