The first-ever full performance of the album featured appearances from Kid Cudi and Young Jeezy, as well as a string orchestra 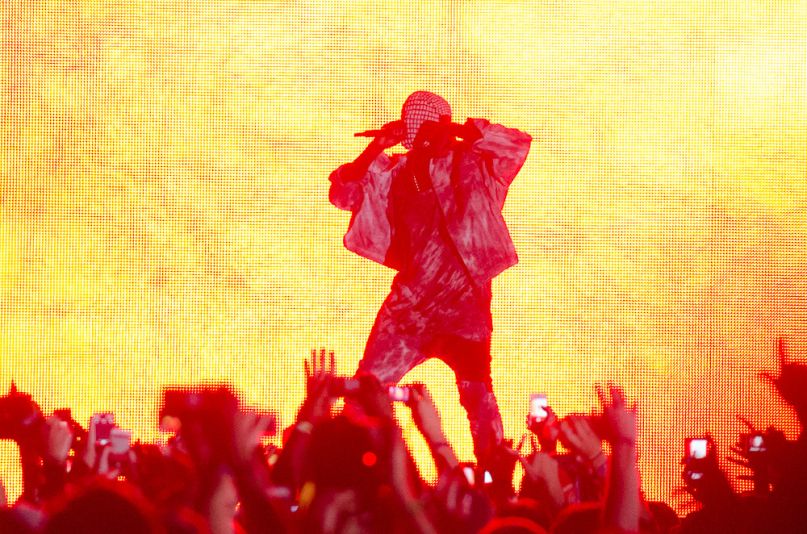 According to Entertainment Weekly, Kanye’s stage setup included a two-story-high pyramid-style stairwell, dozens of half-naked African American men who stood still as Kanye performed, and fireworks. The set included the first-ever live rendition of “Bad News” as well as rare performances of “Welcome to Heartbreak”, “Amazing”, “RoboCop”, and “See You in My Nightmares”. Additionally, Kanye was joined by several of the album collaborators, specifically Kid Cudi, Young Jeezy, and Mr. Hudson, as well as a string orchestra and eight-person choir.

Watch a collection of fan-shot videos below. Kanye will stage another full performance of 808s Saturday night at the Hollywood Bowl.