In the trailer for Demolition, Jake Gyllenhaal takes his life apart one piece at a time — watch 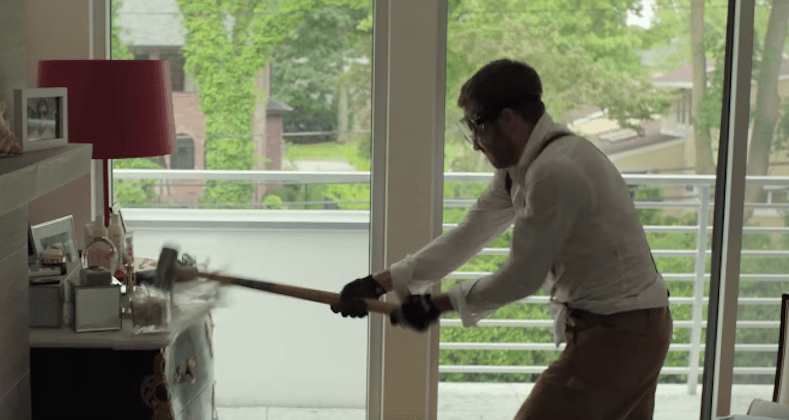 You know those demolition therapy sessions that were all the rage a few years ago? The ones where you would be given a sledgehammer, enter a room filled with smash-able objects, and told to go at it while you express your feelings? Director Jean-Marc Vallée’s new film is kind of like that, expect the object is Jake Gyllenhaal’s entire life.

Vallée’s follow-up to one of last year’s best films, Wild, Demolition stars Gyllenhaal as investment banker Davis Mitchell, a man who falls into a deep depression after losing his wife in a car crash. The event forces Mitchell to reexamine the life he’d set up for himself, a process that begins with a disarmingly personal correspondance with a customer service rep (Naomi Watts) from a vending machine company. Eventually, he decides that the only way to move on with his life is to tear it all apart, one piece at a time, and rather literally.

Two days before Demolition premieres at the Toronto Film Festival and a full seven months before its April 8th, 2016 wide release, Fox Searchlight has debuted the first trailer for the film. Check it out below.

Demolition also stars Chris Cooper and Judah Lewis. It was produced by a whole bunch of people, including John Malkovich and Jason Reitman. Read the official synopsis below.

“In Demolition, a successful investment banker, Davis (Jake Gyllenhaal), struggles after losing his wife in a tragic car crash. Despite pressure from his father-in-law (Chris Cooper) to pull it together, Davis continues to unravel. What starts as a complaint letter to a vending machine company turns into a series of letters revealing startling personal admissions. Davis’ letters catch the attention of customer service rep Karen (Naomi Watts) and, amidst emotional and financial burdens of her own, the two strangers form an unlikely connection. With the help of Karen and her son (Judah Lewis), Davis starts to rebuild, beginning with the demolition of the life he once knew.”