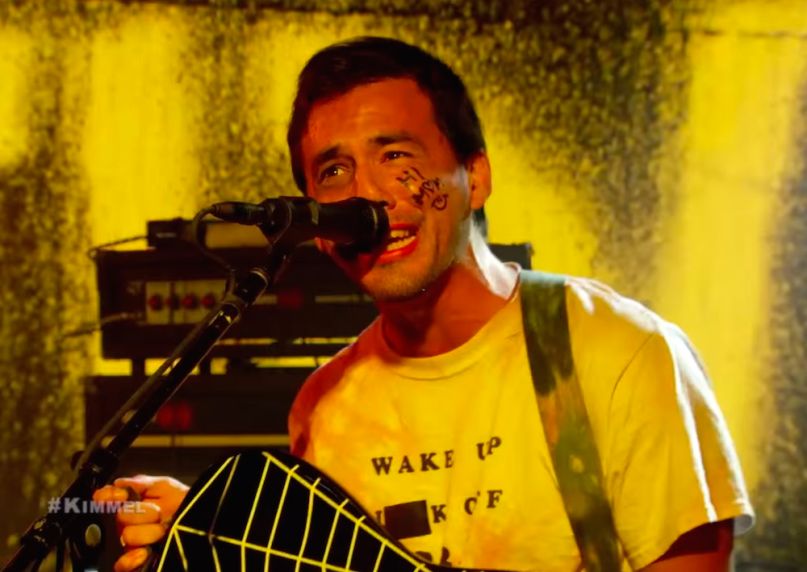 Making their TV debut, FIDLAR brought the wild ruckus of their latest album, Too, to Jimmy Kimmel Live! last night. Led by rambunctious bandleader Zac Carper, the punk outfit tore through LP cut “West Coast”, followed by bushy-haired guitarist Elvis Kuehn taking lead for “Why Generation”. And because why not, two R. Kelly statues stood guard on either side of the stage.

Television performances don’t always accurately convey the energy of certain acts, but that’s not the case for the boys of FIDLAR, whose live show is one of the best in today’s current biz. Also: Props to Carper’s adorable “Hi Mom” message scrawled on his cheek.

Catch the replays below.

Be sure to read our in-depth cover story on FIDLAR.