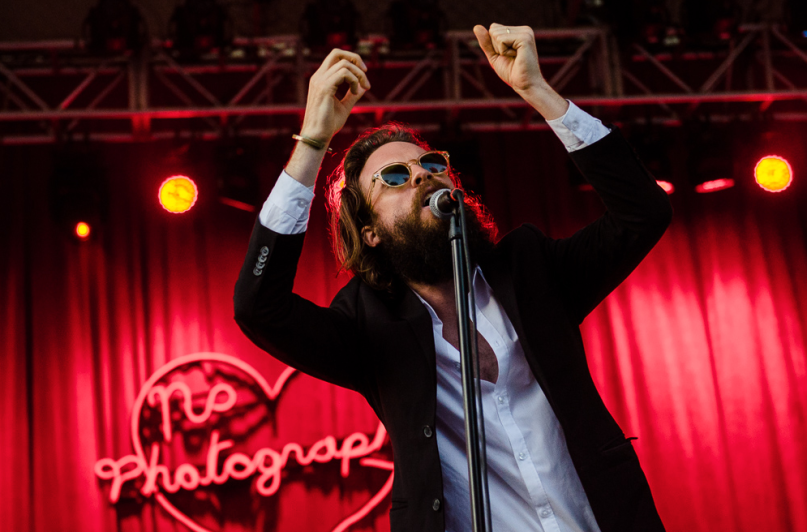 Earlier this week, Father John Misty released two covers of Ryan Adams’ covers of Taylor Swifts before a dream of Lou Reed told him to take them down. Now, however, he’s returned with a new track all his own, so no ghost of the Velvet Underground will be issuing pulldown notices.

“The Memo” is one of Josh Tillman’s simpler acoustic numbers musically, a pretty country ballad that relies on both organ and piano while he strums his guitar. As is so often the case with Tillman, though, it’s the lyrics that elevate things to another level as he uses his sardonic wit to take American popular culture down a peg or two: “I’m gonna take five young dudes/ From white families/ Gonna mount em on a billboard/ In the middle of the country/ I’m gonna tell everybody they sing like angels with whiter teeth/ But just between you and me/ They’re just like the ones before.” Nailed it.