Domhnall Gleeson and Lenny Abrahamson reteam for The Little Stranger

The Frank duo will work together yet again 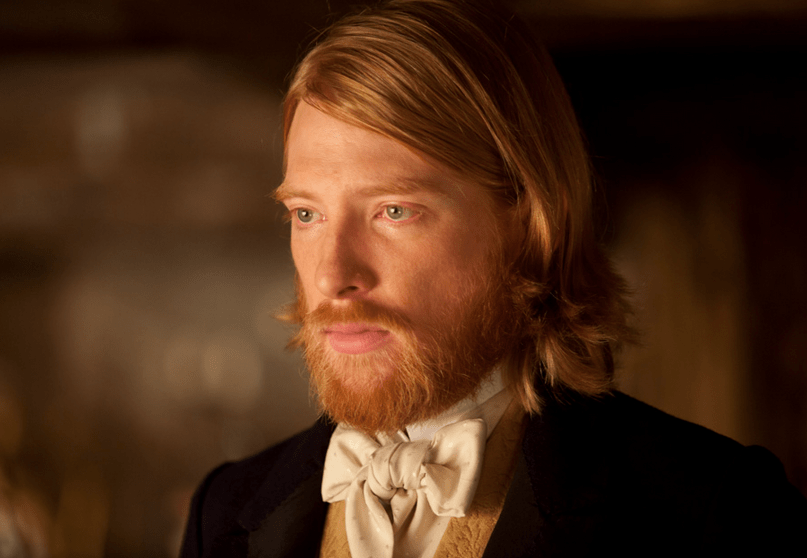 It must be nice being Domhnall Gleeson’s bed — he’s never in it. Over the last year, the friendly Irish actor has appeared in a substantial number of roles, from Unbroken to Ex Machina, and he’ll close out 2015 with John Crowley’s Brooklyn, Alejandro G. Iñárritu’s The Revenant, and J.J. Abrams indie rom com, Star Wars: The Force Awakens.

That streak doesn’t appear to be slowing down anytime soon. As Baz Bamigboye reports, Gleeson will soon re-team with his Frank director Lenny Abrahamson for his next project, The Little Stranger. The film’s an adaptation of Sarah Waters’ best selling novel of the same name, which tells of a ghost story set during Britain’s postwar years.

One postwar summer in his home of rural Warwickshire, Dr. Faraday, the son of a maid who has built a life of quiet respectability as a country physician, is called to a patient at lonely Hundreds Hall. Home to the Ayres family for over two centuries, the Georgian house, once impressive and handsome, is now in decline, its masonry crumbling, its gardens choked with weeds, the clock in its stable yard permanently fixed at twenty to nine. Its owners—mother, son, and daughter—are struggling to keep pace with a changing society, as well as with conflicts of their own. But are the Ayreses haunted by something more sinister than a dying way of life? Little does Dr. Faraday know how closely, and how terrifyingly, their story is about to become intimately entwined with his.

The Danish Girl screenwriter Lucinda Coxon adapted the novel with production set to begin next summer. In the meantime, Abrahamson’s been picking up some love for his latest film, Room, starring Brie Larson and Jacob Tremblay, which hits theaters October 16th via A24.