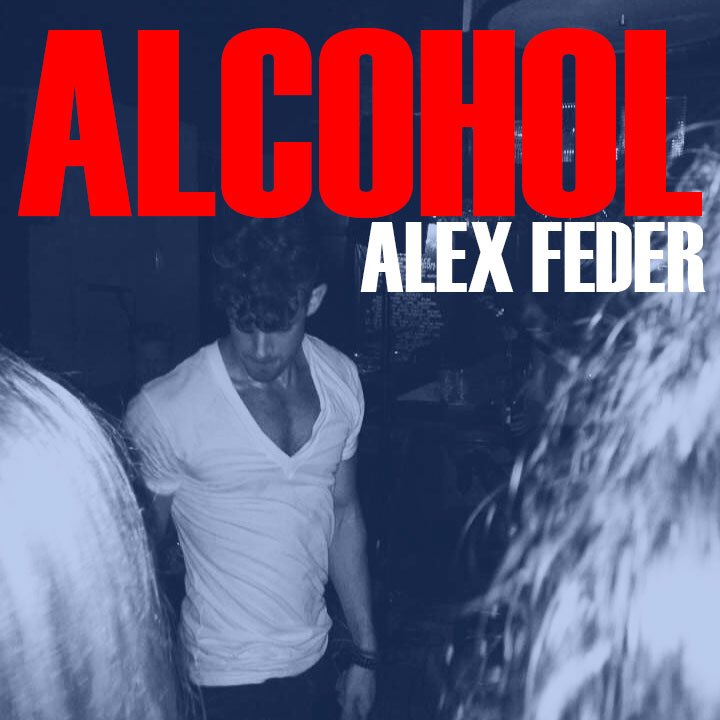 Have you ever had a night where you drank too much and found yourself lost in your own inebriated thoughts and self-doubt? Uh, yeah, me neither. Well, former The XYZ Affair frontman Alex Feder has had plenty. It’s a habit the indie-pop songwriter became well versed in after his band broke up and he found himself as a guitarist-for-hire in LA. Struggling with voiceless frustration, he’d often find himself lonely and drunk in hotel rooms and on airplanes, a pen in hand and paper in front of him. That’s how the songs for his new solo EP, +1, came about. With the effort scheduled for a October 20th release, Feder has shared the appropriately titled “Alcohol”.

The song is a flowing stream-of-consciousness with Feder detailing how he once took 14 shots of alcohol over the course of one evening. With bombastic synthesizers pounding underneath, much of the track is some spectacularly worded poetic waxing about the irony of mixing diet soda with Jack Daniels and ordering Shirley Temples just to see the bartender’s reaction: “If it’s a dude, I like watching him make assumptions about my sexuality based on my drink choice/ And if it’s a girl, believe me, nobody really has much of a shot of going home with a bartender except for the guy who orders a Shirley Temple from her.”

By the end, however, he’s drifted off into the darker recesses of his mind, thinking back on a past lover and comparing her put-together life to his own. As the refrain breaks down into the repeated, “We can’t go on like this forever,” it becomes an apt summation of the bitterness that so often follows trying to cope with bad feelings in bad ways.

Listen in below via the animated video by Evelyn Chang, or download it via the Soundcloud player.