The Kickback – Sorry All Over the Place 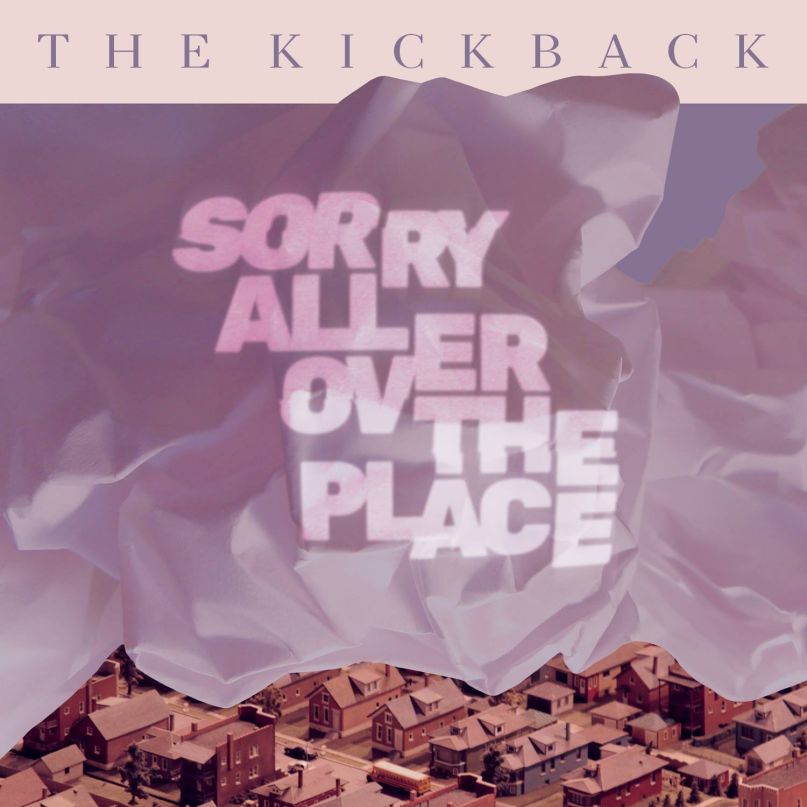 The Kickback poached the name of its debut, Sorry All Over the Place, from an obscure footnote tucked away somewhere in David Foster Wallace’s magnum opus, Infinite Jest. It’s a telling factoid that in its own highbrow way tells you everything you need to know about the Chicago-by-way-of-South Dakota indie rockers. These guys enjoy the sprawl. Some bands work their way into a specific sound that comes to identify them over time, but the Kickback’s most defining trait is its unwillingness to be kept too firmly under thumb. Put another way, frontman Billy Yost described his band’s sound as such in an interview with Windy City Rock from 2009:

“My current working philosophy for our music is that I want to be the Zombies listening to Jeff Buckley listening to a moderately-talented church choir listening to The Beatles in the ‘back to basics’ stage of their career who would stay together long enough to be influenced by the Sales brothers who wound up backing Iggy Pop in the ‘Berlin era.'”

Sure, he’s being tongue in cheek. But the group’s tastes really are that varied. For a band with a knack for clever, literate lyrics and a hunger for all types of sounds from across the rock and roll cannon, it’s little surprise that Sorry All Over the Place is a debut more than nine years in the making. With but a smattering of EPs to their credit since 2009, The Kickback have favored a slow maturation over stabs at instantaneous success, an almost unthinkable approach in 2015. Fortunately, the band’s 10-song debut proves worth the wait. With Spoon drummer Jim Eno at the boards, The Kickback turn Sorry All Over the Place into a whimsical and ambitious fit of rock potpourri. The band squeezes the pop rock template dry, milking that broad category for its many musical riches. From track to track, the band jumps from straight and narrow guitar rock (“Sting’s Teacher Years”), to staggering piano ballads (“Nately”), spirited power pop (“Scorched Earth Brouhaha”), art rock complexity (“White Lodge”), and even heart-on-sleeve singer-songwriter fare. That’s a lot for any band to get its arms around, but thankfully they have a solid ally in Eno, who as a member of Spoon knows a thing or two about creative restlessness. Few in the indie rock universe have his ear for sonic detail, and Eno does a fine job of helping the Kickback make musical sense out of lofty ambitions.

“You don’t have to act here,” Yost professes on the sunkissed jam “When I Die”. Maybe, but they seem to enjoy the role-playing. He and his bandmates have a knack for jumping in and out of different shades of pop rock. When they slip into new wave mode on the starched and jerky “Headhunter”, it’s hard to stave off visions of The Knack or Devo. Similarly, there are flashes of The Cars when the band lets the moog rip on the jaunty melodic rocker “Little Teach”. On a quieter note, there’s plenty of lonesome heart on the baroque guitar ballad  “Leo (The Last of the Great Bowling Mathematicians)”.

Sorry All Over the Place isn’t perfect. Many of the songs are a bit overlong, and the band’s ideas sometimes get ahead of the execution. But despite its imperfections, The Kickback are the kind of band you want to get behind. You want them to achieve whatever exactly it is they’re angling for, even if it’s not totally clear yet what that is. The scope and ambition showcased on Sorry All Over the Place make you wonder what could be in store for The Kickback with a little more time and finesse.

Essential Tracks: “When I Die”, “White Lodge”, and “Leo (The Last of the Great Bowling Mathematicians)”