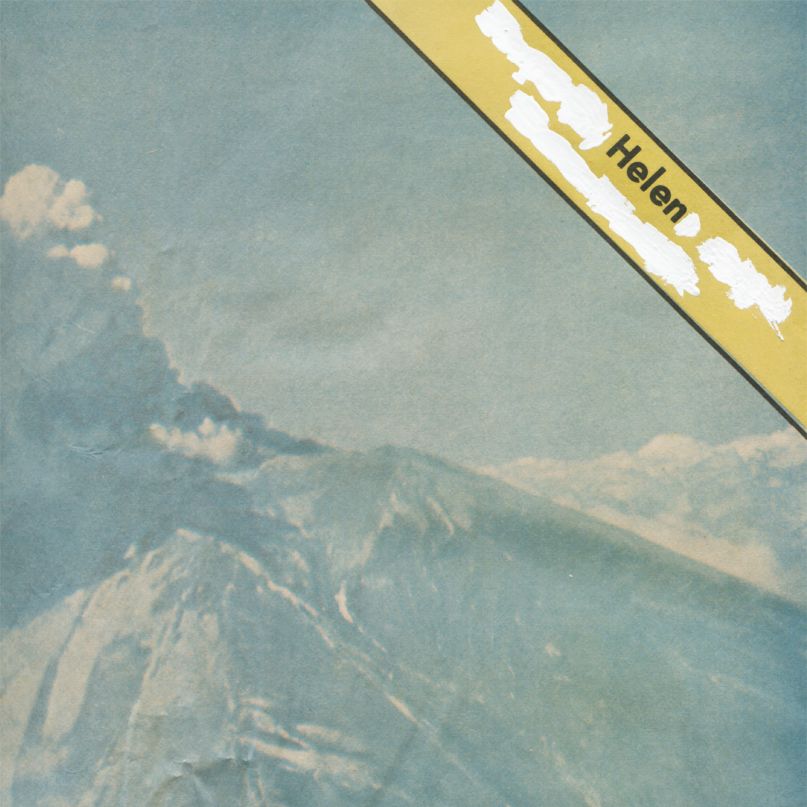 Grouper’s music is openly personal on record, but deadpan and noisy live. Be it the downtrodden whispers of 2008’s Dragging a Dead Deer Up a Hill or the solace of last year’s Ruins, Liz Harris dons her moniker with the intent to fill the air with smoke and draw shapes in its clouds. Instead of flowers and goofy grins, she sketches rotting corpses and beaches absent of life. Her new project, Helen, started with the intention of being a thrash band, but it quickly turned into something else entirely: a reverb-laden pop quartet. It seems Harris, the modest queen of reserved gloom, finally has reason to draw a smiley face. We just don’t know why.

Helen is the dream pop band Harris has unknowingly been pining after for quite some time. She teamed up with drummer Jed Bindeman (of Eternal Tapestry), bassist/guitarist Scott Simmons, and someone named Helen credited with backup vocals. Together, they work up 12 lackadaisical, echoing, and occasionally adolescent songs. The Original Faces is surf pop in a sheet of noise. The combination could, and has, worked well when articulated with finesse, but Harris and co. seemingly wrote with no goal in mind. “Covered in Shade” jaunts with heart-eyed hopes that can never actually be made out. “Felt This Way” jogs quickly with clear drums, vocals following in its place, descending down an Indian scale, though it’s all but impossible to decipher the words. Is it enough to hear her singing with joy? The change is welcome, certainly, but it becomes trivial without a musical or lyrical guide as to why.

The Original Faces feels like an alternate personality Harris never lived out during teenagerdom. It’s easy to imagine her as the girl in high school who spent afternoons exploring graveyards with a dark smirk. With Helen, Harris ditches that landscape altogether for a sunny beach, free of eerie fog or croaking frogs, but the songwriting lacks any real focus.

It’s hard to recall where one song ends and another begins — something you may welcome warmly when looking to relax but find disorienting when you’re singing happily. “Motorcycle” clashes walls of reverb with extreme vocal delay, jumping back in its final 30 seconds for a few mumbled words. “Pass Me By” loses any self-confidence it may seek, turning instead to the hi-hat so its higher frequencies lead the listener somewhere worth going. “Dying All the Time” — a song that fails to live up to its evocative title — lets a soaring bass line run until its legs turn to rubber in vain. Like a girl on drugs who occasionally breaks from her trance to realize she has no idea how she arrived at this point in time, The Original Faces is unaware of space and time in a less endearing way than that sounds. If the view is so beautiful, the trip to that point likely was too. The trio seems unbothered by the miles they’ve traveled. Instead, they blur the windows, taking away from the magic of the whole trip so their smoke-filled laughs are all that they remember.

There’s charm in her voice for the solemn and distant. There always has been. Harris retreats from an opportunity to wed it with uplifting melodies and create the trickiest music of all: depressing pop. Instead, The Original Faces only occasionally capitalizes on her vocals. The only disassociation present — a sonic choice usually found in Grouper’s work — is the jarring tape loops at the beginning of “Ryder”. Warped acoustic guitar follows suit, pushed aside for a gorgeous combination of scratching electric guitar, despondent bass, and her airy, lost, ghost-like vocals. “Violet” also utilizes her voice well, letting ocean waves of harmony crash over the more subdued music.

The Original Faces is full of blurred notes. It seems Harris, even if presenting a new authenticity, can’t shape it into recognizable form. “Allison”, one of the album’s most buoyant numbers, drowns its surf pop pleasantries until you forget the color of the melody. In less than two minutes, “City Breathing” paints a Sunday evening scene of toasted colors and sun-induced sleep. Even the most refreshing dreams leave a viewer empty-handed when it comes to descriptions, yet Helen is still inclined to turn to a friend at work and say, “Last night I had a wonderful dream. I don’t remember what happened, but it was great.” When asked for more, they rack their brain to recall details, fail, and shrug, left only to revel in the fluffy aura it left them with and whatever resonance they wish to take away.