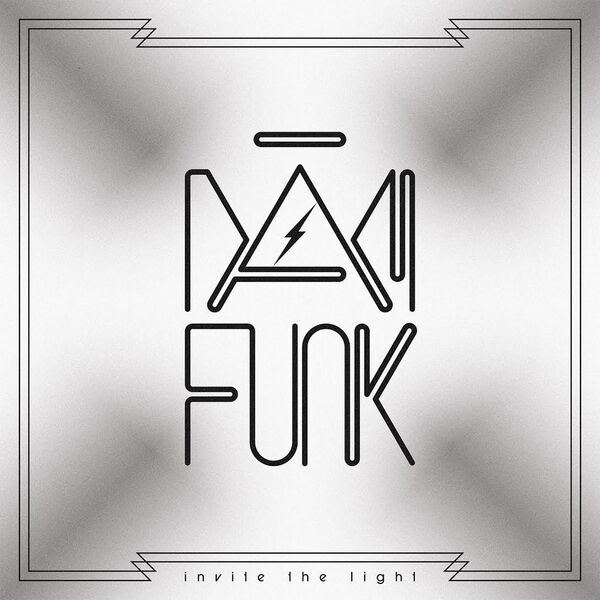 As generally far-out as Dam-Funk is, there’s an increasing number of contemporary comparisons to be made in talking about the California funk auteur born Damon Riddick. Kendrick Lamar’s To Pimp a Butterfly, from March, became a prog-rap masterpiece thanks in part to contributors like funk pioneer George Clinton, versatile producer/multi-instrumentalist Terrace Martin, and modern jazz visionary Kamasi Washington. A few months later, another Compton rapper, YG, raided Clinton’s catalog on his excellent Terrace Martin-produced single “Twist My Fingaz”. There’s Prince’s modern experimentalism and Janelle Monáe’s bustling future-funk. Then you have the stable at Stones Throw, the label that, in 2008, scooped up the late-blooming Dam, whose closest taste of stardom until then was as a session man in the ’90s for West Coast rappers like MC Eiht and Mack 10.

Invite the Light is the first proper Dam-Funk album since 2009’s five-LP marathon Toeachizown, though Dam hasn’t exactly been silent all these years; it also follows projects like his 2013 album with his idol Steve Arrington, Higher, and 7 Days of Funk’s self-titled debut. It’s more accessible than its predecessor, showcasing Dam’s growing confidence in his alternately kinetic and tranquilizing singing voice. That said, coming from a guy who once named a song “I Don’t Wanna Be a Star!”, it’s still an eccentric odyssey, clocking in at 96 minutes thanks in part to interludes that comment on (among other things) the eternal power and sanctity of the funk. Still, things never derail for long, and Invite the Light always stays within the Dam-Funk sound. He’s adaptable enough that it hardly matters whether he gravitates more toward pop or more toward experimentation — things will probably work out either way. Like Toeachizown before it, Invite the Light is a 360-degree view of his musical erudition, along with that boosted approachability.

Under the umbrella sound of his self-described “modern funk,” Dam dives into everything from deep house to abstract rap here. When he sticks to a single clear sound, piles up crisp melodies, and/or brings in well-known guests, it succeeds beautifully. Q-Tip is agelessly agile on “I’m Just Tryna Survive (In the Big City)”, and his quick, smoothly flow complements Dam’s infectious vocal. “Glyde 2nyte”, featuring Leon Sylvers III and IV, is a high-thread-count Prince approximation that’s bound to become one of Dam’s most popular songs ever. Elsewhere, his 7 Days of Funk co-conspirator Snoop Dogg jumps on “Just Ease Your Mind from All Negativity”, sounding loose and contentedly removed from the obvious star qualities that have made him the pop culture fixture he is (though the song is still plenty catchy). Each of these show Dam to be a low-key pop magician, even when his occasionally clumpy lyrics (“Just ease your mind from all negativity,” for example) dampen the potency of the melodies.

Meanwhile, Invite the Light also features songs that are memorable even if they’re far from single material. The menacing “The Hunt & Murder of Lucifer” is a standout instrumental akin to the manic g-funk of Dr. Dre’s Compton. “O.B.E.” is an eight-and-a-half-minute deep house journey defined by Dam’s pleasantly lulling whispers and equally transfixing shaker rhythms. Later, the instrumental “Scatin’ (Toward the Light)” evokes the late J Dilla, who shaped countless similarly irresistible hip-hop grooves, sometimes in collaboration with Stones Throw. Parts of Invite the Light may be pop-oriented, but these explorations are as important to its arc as the radio-accommodating songs.

With all this variation, Invite the Light is perpetually in transition, which might make you wonder what would happened if Dam were to stick in one place or take on a more laser-focused project. What if he recorded an album of a dozen straightforward singles a la “Glyde 2nyte”? What if a young rapper like Tyler, the Creator or Earl Sweatshirt (who both praised Stones Throw in the great documentary Our Vinyl Weighs a Ton: This Is Stones Throw Records) enlisted Dam to produce or co-produce the entirety of their next albums? Then again, Dam’s electric relaxation is pretty self-sufficient. As one should expect from a Dam-Funk album, Invite the Light is richly musical and absorbingly singular.

Essential Tracks: “I’m Just Tryna Survive (In the Big City)”, “Glyde 2nyte”, and “Just Ease Your Mind from All Negativity”