Tyler, the Creator cancels Australian tour after protests against his lyrics 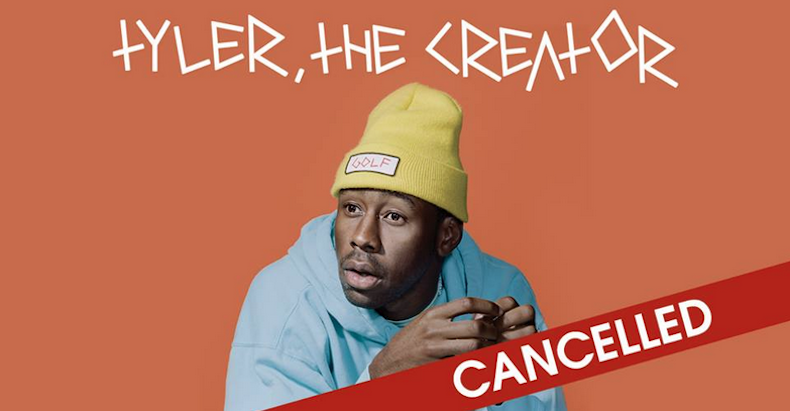 Tyler, the Creator has announced the cancelation of his planned September Australian tour. The news comes amidst controversy stirred up by the feminist group Collective Shout, who have been calling for the country to reject Tyler’s visa application over his “songs advocating rape and extreme violence against women” and his history of antics at past concerts.

“We would much rather come to Australia when it isn’t surrounded in controversy,” Tyler said in a statement released via Frontier Touring’s Facebook. “I love my fans there and hopefully I’ll be back soon.” He added, “Don’t do drugs.” Full refunds are being offered to ticket holders, as well.

Tyler had claimed late last month that his visa had indeed been denied, offering his (sarcastic) congratulations to Collective Shout’s Director of Operations, Coralie Alison. This turned out not to be true, however; in fact, some are speculating that poor ticket sales are the real cause of the cancelation. Either way, it appears Tyler has put the kibosh on the short stretch of his own accord.

The rapper has had run-ins with Collective Shout in the past. In 2013, a member of the group reported him to Australian police after he launched a tirade against her at a show in Melbourne, one she was attending despite trying to get him banned from performing. Tyler references the ongoing feud in his verse from the Kanye West and Lil Wayne collaboration, “Smuckers”.

Americans have no need to fear, however, as Tyler is still scheduled to hit the road with ASAP Rocky this fall. Find those dates here, and revisit “Smuckers” below.