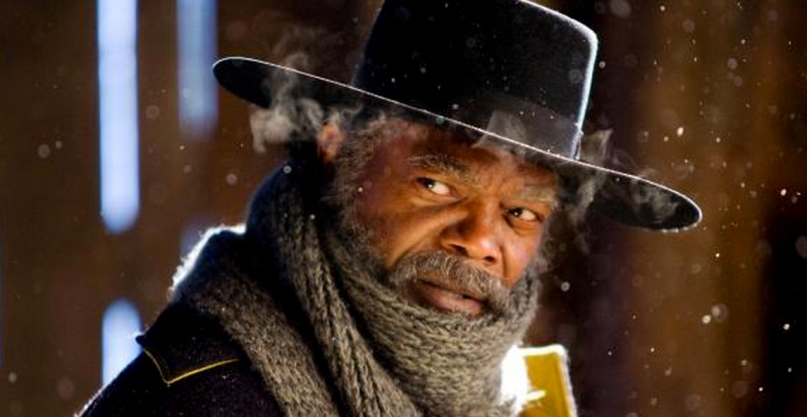 The film centers on a grizzled bounty hunter named John Ruth (Russell) who’s making his way to the nearest town so he can hang his wanted prisoner, Daisy Domergue (Leigh). After picking up Jackson’s character Major Marquis Warren, Ruth finds himself stopping in a haberdashery to wait for a storm to pass. However, inside the trading post are five men who may not be who they claim they are.

Shot with the very same lenses used to film Ben-Hur, The Hateful Eight will initially be screened only in 70mm format, with digital releases going out beginning January 8th, 2016. The film also marks the first western iconic composer Ennio Morricone has scored in 40 years. Watch the trailer below.

“While racing toward the town of Red Rock in post-Civil War Wyoming, bounty hunter John “The Hangman” Ruth (Kurt Russell) and his fugitive prisoner (Jennifer Jason Leigh) encounter another bounty hunter (Samuel L. Jackson) and a man (Walton Goggins) who claims to be a sheriff. Hoping to find shelter from a blizzard, the group travels to a stagecoach stopover located on a mountain pass. There, they encounter four strangers, and soon learn that they may not make it to their destination after all.”