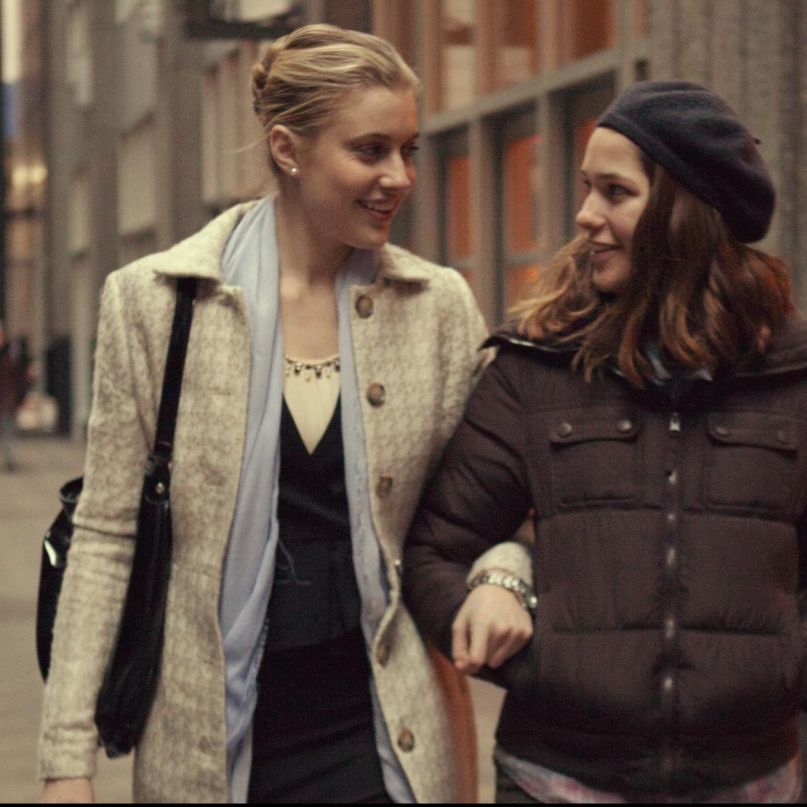 It’s tough being young and naive. It’s even more difficult standing around old and confused. Such is the plight of the hyper-intellectual souls in Mistress America, Noah Baumbach’s latest existential portrait of young adults wandering around helplessly in New York. The film seats him back behind the typewriter with his self-proclaimed muse, Greta Gerwig, as the two follow up their incredible 2012 joint collaboration, Frances Ha, with a decidedly more comedic offering. It’s manic, it’s enlightening, it’s witty, and it’s at times bizarre.

Magnetic rookie star Lola Kirke plays Tracy, a college freshman who’s struggling to find her voice as she attempts to survive her creative writing program. Her only friend is Tony (Matthew Shear), a fellow peer who’s also experiencing his own troubles on paper. Together, they bond over their personal crises until Tony goes steady with an incredibly possessive girlfriend named Nicolette (Jasmine Cephas Jones). At the request of her mother, a defeated and lonely Tracy reaches out to her soon-to-be stepsister, Brooke Cardenas (Gerwig).

Let’s talk about Brooke. She’s a creative, fast-talking, trendsetting socialite who appears to know the ins and outs to just about everything — especially New York. She’s the Jay Gatsby to Tracy’s Nick Carroway, which makes Brooke quite essential to the young writer looking for an original story. And as we all learned from F. Scott Fitzgerald’s classic novel, Gatsby’s an incredibly flawed individual, and such is the case with Brooke. She’s contemptuous, she’s flighty, and she’s in some major debt.

You see, Brooke’s attempting to open a restaurant in the Big Apple, a place where you can get your hair done and your stomach fed. It’s an inventive idea — and one that Tracy also believes in — but when Brooke’s Greek boyfriend and key investor pulls out (never mix business with pleasure!), she’s left to her own devices to scrounge up $75,000 fast. The only answer and solution is all the way up in Greenwich, Connecticut, where Brooke must confront her inner demons.

Baumbach and Gerwig juggle some indelible themes in Mistress America. The film’s two leads, Brooke and Tracy, are both directionless and purposeless entities wandering around in a city that demands either quality. At one point, Brooke admits that there’s so much culture to love in this world, and yet she cannot figure out where she fits in or what she can contribute. It’s a sobering moment and a feeling that’s quite tangible for today’s well-educated populous.

“Sometimes I just think I’m smarter and better than anyone else,” Tracy admits, to which Tony responds: “Sometimes I think I’m a genius, and I wish I could just fast-forward to that moment so everyone can see why.” Intellectuals are a dime a dozen in this film’s portrayal of New York, where two-dollar words are leisurely tossed around, conversations about Faulkner and Derrida are afternoon delights, and autodidactism is a religion.

That’s the point, though. Because no matter how intelligent anyone is on screen, rarely does anyone have something concrete to say. Instead, each character spouts out inherent truths matter of factly before moving on to the next subject. This might explain why Baumbach takes a more stage-like approach to dialogue here than his more natural inclinations in, say, Frances Ha or Greenberg. It’s a choice, however, that ultimately proves polarizing — especially in the third act.

The film’s final set piece in Greenwich collects over seven characters, who all vocally dance with dialogue seemingly set to the pace of “Whiplash”. It’s a style that’s very old Hollywood and quite humorous on paper, though in execution, it comes off as distracting and stilted, suffocating its principal cast in various moments. Still, there are some brilliant exchanges squeezed into the madness, particularly an off-screen conversation about Mother Love Bone by Michael Chernus.

As expected, the film’s true harmony comes from the quasi-meditative moments between Tracy and Brooke. Gerwig and Kirke are a natural pair, and their chemistry is what winds up selling much of the scripted dialogue. It’s tough sharing the screen with a ball of energy like Gerwig, but Kirke, hot off a minor appearance in last year’s Gone Girl, provides the much-needed humanity this film seems intent to wax over. Admittedly, she spends a fair portion of her time behind the action — watching and observing Brooke, her “beacon of hope” — but it’s still Tracy’s film, and she thrives in the role.

Mistress America is chewy philosophical pop with a clear dedication to style. Cinematographer Sam Levy once again lenses Baumbach and Gerwig’s vision with affecting colors and tones, while composers Dean Wareham and Britta Phillips provide a candy-glazed score that shares space with the likes of Toto and Suicide. Hell, even the Dirty Projectors make an on-screen appearance. As such, it’s all very hip, it’s all very fun, and it’s all very smart. It’s just not very affectionate.