Film Review: A Walk in the Woods 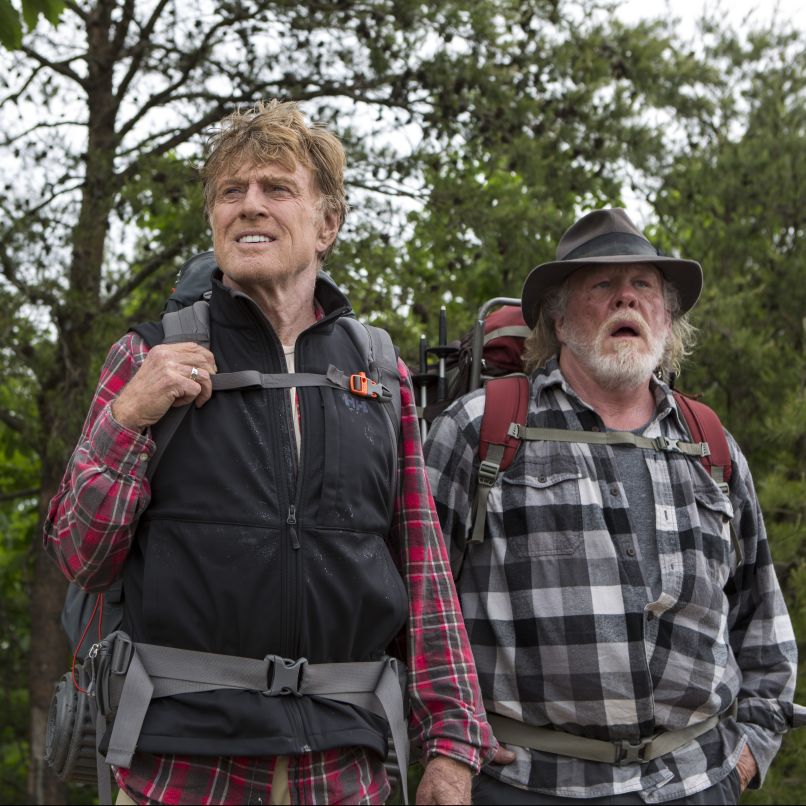 We’re all going to die. That’s something Robert Redford struggles with in Ken Kwapis’ adaptation of Bill Bryson’s 1998 memoir, A Walk in the Woods. The Sundance Kid plays the best-selling author, who decides to walk the Appalachian Trail after attending a friend’s funeral. At the request of his wife (an underused Emma Thompson), he invites an old friend (Nick Nolte) to tag along for what everyone considers to be a death trip.

That might sound somber, but A Walk in the Woods never indulges in the darkness that such an excursion might warrant. Instead, Kwapis maintains the sentimental humor that Bryson’s hallmarked for decades, lowering the stakes and zeroing in on the light comedy between Redford and Nolte. And to his credit, he captures a rare, hearty chemistry that only two veterans of this caliber could scrounge up.

As expected, Redford’s knowledgable Bryson is the sarcastic straight man to Nolte’s benevolent teddy bear, Katz — but there are intriguing nuances that bind ‘em together. “I’m curious and I like being curious,” Bryson insists, to which Katz contends: “I’m big picture.” They’re both looking for different things on their walk, but spiritually, they’re fighting against the same thing: age.

Throughout their attempted 2,000+ mile trip, Bryson and Katz encounter a number of youthful hikers, who either offer their assistance or criticize their efforts. At times, these run-ins hinder their journey, but they remain steadfast in keeping to themselves in what becomes a last gasp of masculinity for the two. Over every hill and down each valley, they tease one another, recount sexual conquests, and stumble into serialized adventures that range from enlightening to mischievous.

One of ’em even includes Mary Steenburgen.

It’s very fun and, unlike a number of expedition films, never feels pretentious. The problem, then, is that the film doesn’t dig deep enough. Themes of mortality and existence are self-contained to three-minute revelations that, more often than not, pummel with predictability or cliches. It’s a shame, too, because there’s so much being discussed yet very little that resonates.

By comparison, J.C. Chandor’s 2013 film with Redford, All is Lost, had maybe two or three lines of dialogue, but there was so much to glean from that character study in ways that screenwriter Michael Arndt fails to grasp in his bulky adaptation of Bryson’s novel. Nothing is subtle here; instead, the film’s quite transparent, from the starry eyed soliloquies to the moments that are fueled by the “power of nature.”

What also hurts is that it’s not exactly a breathtaking film, either. Kwapis — a younger talent whose last film was 2012’s Big Miracle and who has a finer pedigree in TV — rarely grasps the eye-clenching magnitude of the Appalachian Trail. It’s a pedestrian directorial effort that likely would have hit harder with an eye that matches the years of Redford or Nolte. Actually, it would have been best left in the star’s hands altogether.

Regardless, A Walk in the Woods entertains with the novelty of seeing Redford out in the wild once again with yet another genuine partner-in-crime. Tragically, the role of Katz was originally for the late Paul Newman, and as such, there are several situational nods to Butch Cassidy. What could have been we’ll never know, but what we have is a serviceable production elevated by a hilarious pair of icons.