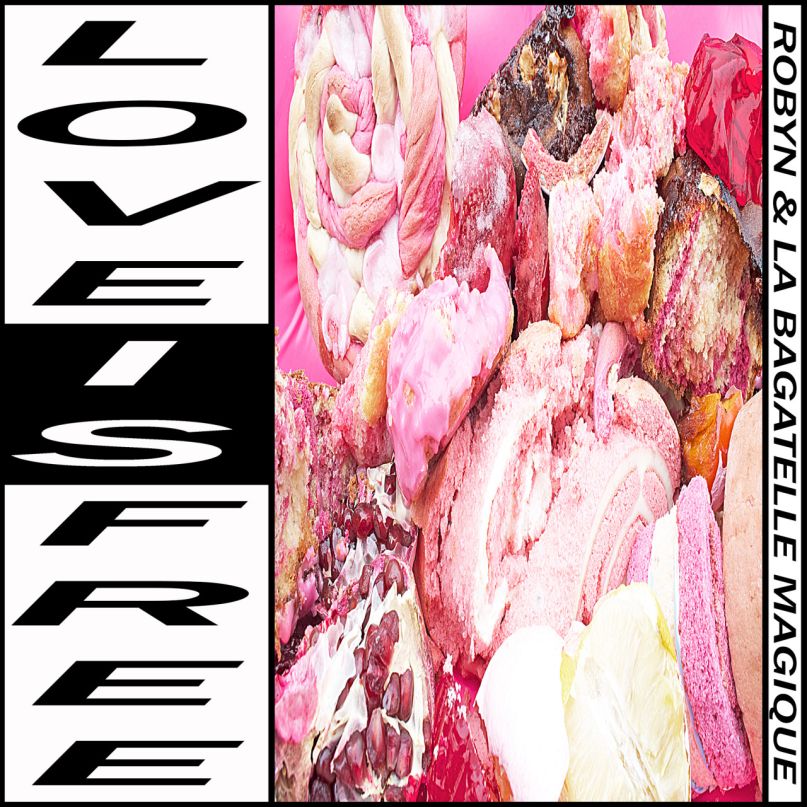 Love Is Free is the new mini-album from Robyn and her new collaborative project La Bagatelle Magique. The LP is officially out today, August 7th, via Konichiwa Records/Cherrytree/Interscope. It’s also available to stream in full below.

The five-track collection follows 2014’s Do It Again, Robyn’s joint EP with Röyksopp. It serves as the debut release for La Bagetelle Magique, which is comprised of her touring keyboardist Markus Jägerstedt and producer Christian Falk (his contributions are posthumous; he passed away in 2014 from pancreatic cancer).

Alongside four original songs — including “Set Me Free” and the title track — is a rendition of “Tell You (Today)” by Loose Joints, aka Arthur Russell; Robyn had originally contributed the cover to last year’s star-studded Master Mix: Red Hot + Arthur Russell compilation.

In an interview with FACT, the Swedish pop singer spoke about the album’s “freedom” theme:

“I don’t know how to talk about this without getting super personal. When it came to this letting go thing, I think, isn’t that what we all want? To somehow be okay with being alive, even though it’s really hard? And not being scared. I mean, you can be scared, but it’s not good if you’re scared of being scared, and trying to control things. It’s an illusion – you can’t. You have to let go in order to be happy.”