Sadie Dupuis & co. travel to the '90s for this spine-tinglingly great rendition 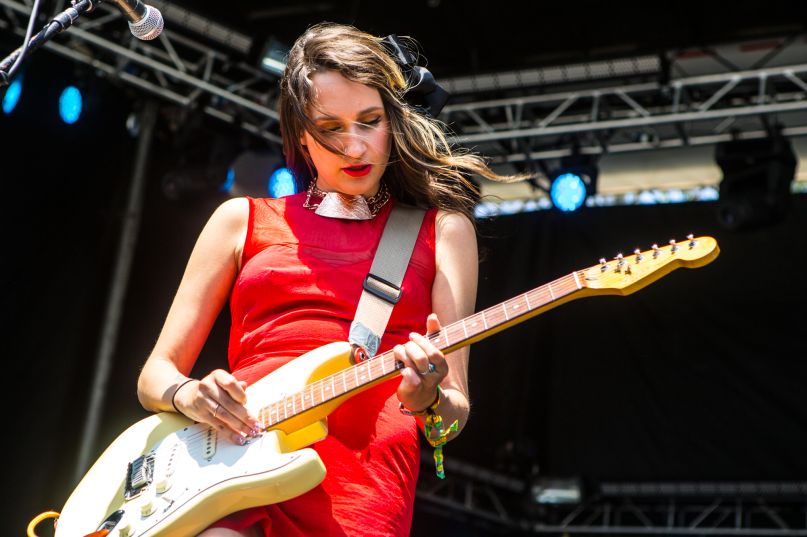 Speedy Ortiz often has a way of evoking an atmosphere of foreboding through its music (see: “American Horror”, Foil single “Raising the Skate”). This week, they’ve tapped into that sense of ominousness for their latest offering, a cover of The Cardigans’ 1998 track “Hanging Around”. Angular guitars and despairing vocals abound in this spine-tinglingly faithful rendition.

In December, Speedy played a hometown residency at our beloved hangout spot Great Scott. We tried not to repeat any songs over the course of three shows — four, actually, if you include the one we played in a basement under a fake name. That meant playing at least 40 (!) original songs for our Boston pals, plus a few covers, one of which was this album track from the Cardigans’ 1998 release Gran Turismo. The Cardigans make really smart pop music dosed with contradictory textural choices — crunchy guitars, moody electronics, seemingly intentional tape warping. Their hits are pretty well known, and are all great, but I love “Hanging Around” for its detached, spooky lyrics. This song could be about cognitive dissonance, or it could be about some invading body snatchers — maybe both? We stayed pretty true to the original on this one, ‘cuz we think the original is so good. Instruments recorded at Studio 52 by Jesse Weiss of Palehound and Grass is Green, with vocals recorded in Jesse’s bedroom while staring at his Chavez poster for inspiration.”