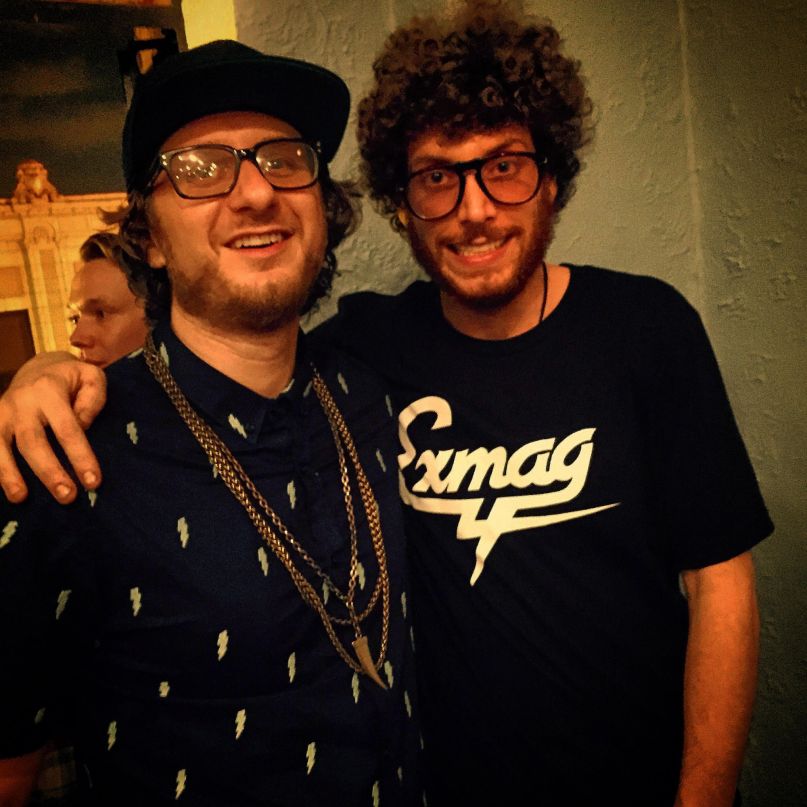 “North Coast Music Festival is in a defining year right now,” says NCMF co-founder and Silver Wrapper partner Michael Berg. In a city rife with music festivals (“Chicago is the quintessential festival market leader in this country”), Berg and his NCMF counterparts have found success curating from the amorphous Venn diagram of the electronic, jam band, indie, and hip-hop scenes.

Avid festivalgoers themselves, the NCMF family take proper programming seriously. “We minimize conflicts and take the overall flow of the weekend into consideration,” explains Berg before breaking down the recently released 2015 schedule. “If you come at noon and want to see EDM acts all day, we do make that possible.” A glance at Saturday’s bill and dance fans can quickly build their personal schedule: Jauz, Booka Shade, Shpongle, Chromeo, Porter Robinson, Moon Boots, and then Steve Aoki.

While NCMF has historically booked some of the biggest names in both North American and European dance music (like Bassnectar, The Chemical Brothers, Pretty Lights, and Girl Talk), this re-defining edition is emphasizing the complimentary circles of the festival’s aesthetic. Given the eclectic fanbase that NCMF has fostered over its first five years, a re-education of sorts has been needed.

“From social media comments, D’Angelo and Widespread Panic fans see this as an EDM event,” Berg explains. “And EDM kids think that the EDM has been abandoned. Are you going to love every act? No, but there is plenty of talent to discover over the weekend and keep you bouncing between stages. Widespread Panic might not be a thrill to those that came for Pretty Lights and Bassnectar in the past, but we made sure that Knife Party were also playing during that time.”

Bringing D’Angelo and The Vanguard into the fold is a major moment in NCMF’s ongoing transition. One of the hottest acts on the festival scene in 2015, D’Angelo and company are now coming to the Midwest courtesy of North Coast, not Pitchfork or Lollapalooza (despite rumors running rampant across message boards). Not only has the booking made Saturday the most in-demand single day for NCMF 2015 (single-day tickets are expected to sell out shortly), but, along with Widespread Panic’s headlining set, it also emphasizes the maturation of the festival itself.

“NCMF 2015 is programmed to an older crowd,” says Berg. “This is our sixth year; kids that were 17 or 18 when this first started are now in their mid-20s. The festival is growing up, and that was part of the whole 17-plus thing. But we realized that everyone needs to come and check it out this year.”

As festivals across the US battle with age restrictions, NCMF casually changed policies in response to vehement social media interactions. It wasn’t just high school fans that protested the move to 17-plus; their parents also began dropping digital notes.

“We even got emails from parents informing us this is the only festival they let their kids go to,” says Berg about the shift in policy. “Who are we to take that away from them? They are Coasties and this is how they end their summer! We just don’t want anyone that wants to be here not allowed to show up. Too much competition for attention and disposable income in this market to keep people from attending.”

Like Lollapalooza, NCMF is establishing itself as a city festival rich in diversity. However, while Lolla remains infatuated with top-tier legacy acts and trending indie talent, NCMF digs deeper and saturates its undercard with talents that are just beginning to generate blog buzz. Berg relishes the opportunity to seed larger festivals with talent: “Some of these bands aren’t big enough for a Lollapalooza, so we get the first look at developing them in this market. When they get bigger, they go play Lolla, and then they return to headline a stage for us — like Big Gigantic.”

The density of the Windy City festival calendar, including the one-off inclusion of the Grateful Dead’s farewell show, does bring its own challenges. The capstone Grateful Dead festivities were a double-edged sword for Berg, Silver Wrapper, and NCMF. “I feel that those GD50 shows did affect what is happening around here this summer,” he says. “Fortunately, Silver Wrapper did have loose ties with those shows (producing the official after-hours ‘The Music Never Stopped’ series), and it was a huge defining moment for us and what we have been doing over the past 15 years.

“If things keep getting added, there will be a bottom-out, and the balloon will pop,” remarks Berg about the growing festival scene across Chicago and the greater market. “It is our goal to stay here and be relevant no matter what happens. That is why we are embracing this redefining year. We don’t want to be an Ultra Music Festival where fans know what the bill will be each year and next — we want North Coast to be a question mark. Keep the mystery about North Coast alive, evolving along with the fans’ and curators’ tastes alike.”

Unlike Chicago’s Riot Fest, NCMF has stayed in favor with the city’s politicians and managed a long-term contract to stay planted in Union Park. Nonetheless, as the festival grows, the conversation has begun about possibly establishing a new base for future events: “We have had the conversation about moving the festival if it ever outgrows the park, but part of the charm with North Coast is that you can make it easily from one stage to another.”

Berg even has a few suggestions to keep you bouncing around the intimate festival map.

D’Angelo and The Vanguard
The Roots
Portugal, The Man
The Chemical Brothers
Joe Russo’s Almost Dead

Berg’s Top 5 from the Undercard:

Three-day passes have already sold out, secure single day tickets now! And to keep your live music experiences eclectic throughout the year, keep an eye on Chicago’s Concord Music Hall.