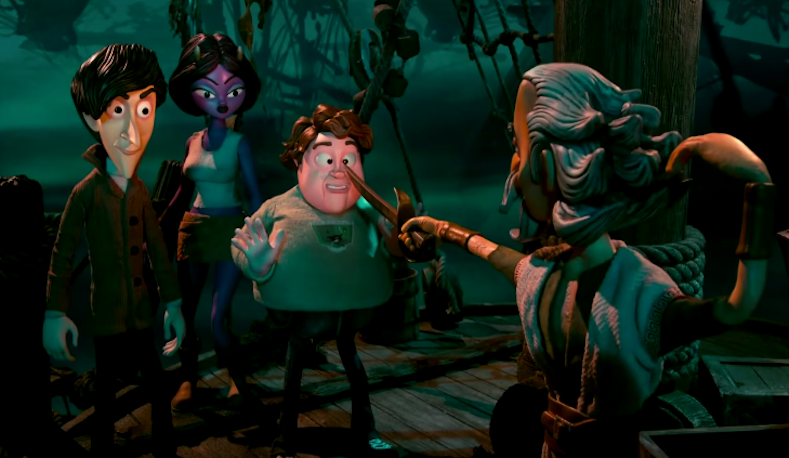 Stop motion animation has a come a long way, but it’s still mostly a medium for kids or family films. Leave it to the guys from Robot Chicken to change all that. Writers Hugh Sterbakov and Zeb Wells have teamed with directors Ross Shuman and Tom Gianas (known for directing episodes of Human Giant and Pretend Time) to bring R-rated comedy to the animated world with Hell & Back.

It’s quite a crew, and you can see what they’ve all come together for by checking out the first Hell & Back trailer below.

Hell & Back is scheduled for a September 25th release. Read the official synopsis below.

Remy (Swardson), Augie (Miller) and Curt (Riggle) are best friends since birth. When they jokingly take a blood oath and break it, Curt is dragged to Hell to be sacrificed. The guys must risk everything to save their friend from a slew of misfit demons, Greek legends and the Devil himself (Odenkirk).