Brooklyn rockers have made Rough Trade their new label home 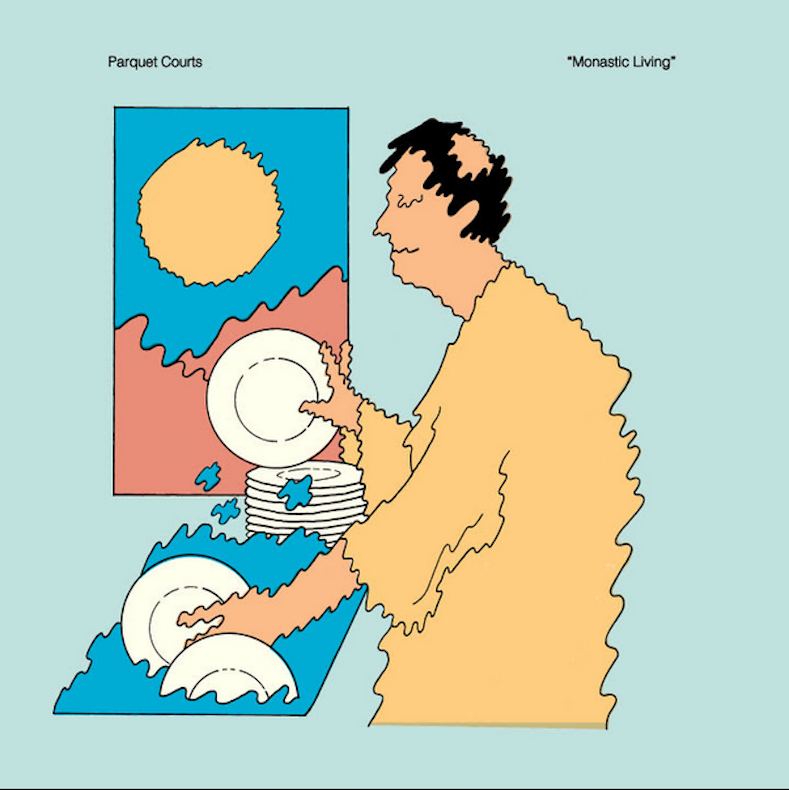 Parquet Courts have signed up with a new label home, Rough Trade. Their first release through the imprint, the Monastic Living EP, is scheduled for a November 13th release. That’s the album artwork above.

Already scheduled to hit the road in Europe in a few weeks, Parquet Courts have also expanded their North American tour itinerary. They’ll pick up in early November with a pair of Texas gigs and bounce around for a bit supporting Monastic Living. Things start up again with an eastern tour in December, culminating in their hometown of Brooklyn on December 11th. Check out the full itinerary below.

Monastic Living follows last year’s pair of LPs, Sunbathing Animal and Content Nausea, the latter of which was released under the band’s Parkay Quarts moniker.