James Franco will date Bryan Cranston’s daughter in Why Him?

It will be the pair's second film together in as many years. 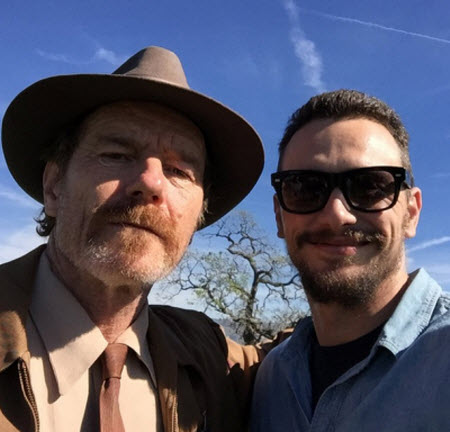 Bryan Cranston and James Franco have had very different, but also somewhat similar career arcs. They were both made famous by sitcoms around the turn of the millennium, and then both had an opportunity to play somewhat sympathetic villains (Franco as Harry Osborn in the Spider-Man films and Alien in Spring Breakers, and Cranston’s career-making role on Breaking Bad). Now the two are set to star together in a comedy that will mark their second feature together in as many years.

Variety reports that Cranston and Franco have been cast for the two leads roles in Why Him?. The holiday-centric comedy will find Cranston playing a Midwestern dad who, with his family, visits his daughter at college to celebrate the holidays. Upon arrival, he finds himself competing for her attention and affection with her new boyfriend, a tech billionaire played by Franco.

The premise might seem a bit like a reverse Meet the Parents combined with a less explicit 50 Shades of Grey, but the people involved give some hope that this could still be a comedy worth seeing. Neighbors director Nicholas Stoller wrote the first draft of the script, which is being rewritten by John Hamburg (I Love You, Man) who will also direct the film.

While the casting continues for Why Him?, Franco and Cranston are hard at work on an adaptation of John Steinbeck’s In Dubious Battle, Franco’s newest directorial effort. That film has an all-star cast that includes Ed Harris, Vincent D’Onofrio, Robert Duvall, and Selena Gomez, and is due out sometime in 2016.