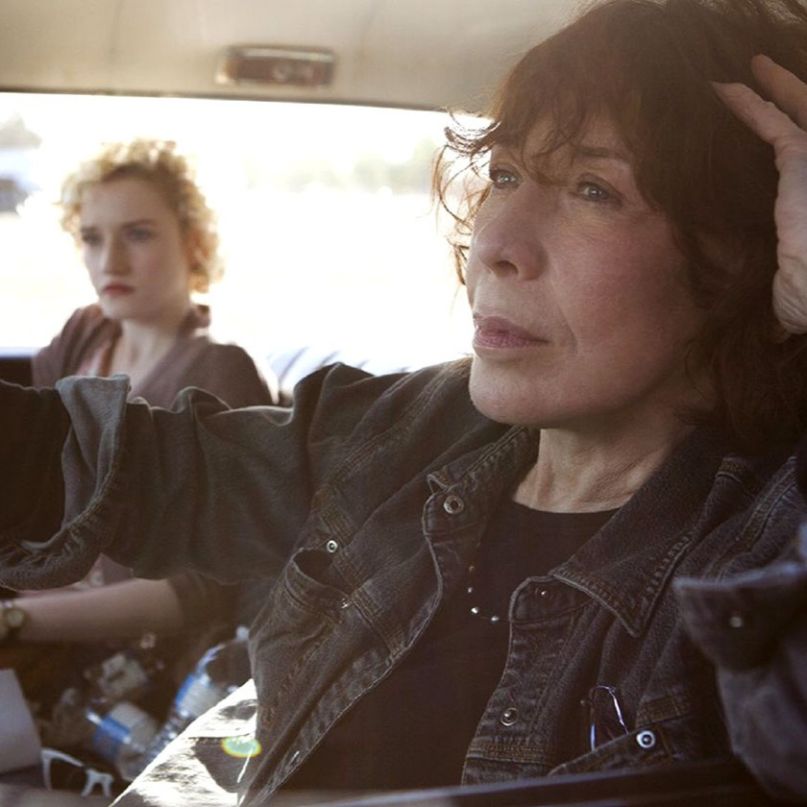 It’s always a treat to see an actor morph into a role that feels like an extension of their own self. It takes a seasoned player to understand a character’s most crooked histories, deepest motivations, and messy details that often make them devastatingly and hilariously human. In Grandma, Lily Tomlin melts into Elle Reid’s every emotional crevice, elevating this Paul Weitz production into his most poignant character study since About a Boy.

Elle is a cynic in all senses of the word. She’s a poet whose past work has garnered her notoriety in the literary world and reverence from young feminist women in the field, including her girlfriend Olivia (Judy Greer), who we see her breaking up with in the opening scene. Elle is widowed, her former partner Violet having passed a year prior, and though the death probably didn’t help her misanthropic ways, it’s easy to assume she’s always been a bit rough around the edges.

Despite Elle’s social problems, she’s enigmatic, interesting, cool. She can also be cold. Her exterior seems nonchalant and distant, as evidenced by some of the first dialogue we hear. In the midst of a fight, Olivia pleads, “Do you love me?” Elle responds, “I’m gonna go vacuum.”

Any other day, this might be all we see of Elle. But not this day; this day is different. The moment her teen granddaughter Sage (Julia Garner) knocks on her door, a trip down memory lane is just a car ride away. She acts as a catalyst and brings us into Elle’s history, into the intricacies of who she was and is, and maybe even who she can still become. Her granddaughter comes with a mission, and an expensive one at that. She needs an abortion, and the money to pay for it. We soon find out that Elle has no more than $40 to her name, having cut up her credit cards to make them into wind chimes. It’s just one of those things she does.

Elle isn’t mad at her granddaughter; there’s no tear-stained fight. At hearing the news, all she says is “OK.” It’s a part of their dynamic, and the chemistry and difference between the two ignite the comedy that carries the film. Elle is a staunch intellectual. Sage is just a teenager. Weitz doesn’t elevate Sage to her grandmother’s level of intellect, and doesn’t craft her delicately into a twee teen dream.

The two are definitely kindred spirits, bonded by their mutual distance from Sage’s mother, Judy (Marcia Gay Harden), but Sage isn’t one of those unbelievably clever teens who speaks with the rhythm and vocabulary of a 40-year-old screenwriter. It’s one of the film’s greatest strengths. Sage is just a kid, and it’s a beautiful thing to see.

Grandma begins as a clever 24-hour misadventure built on the contrast between Elle and Sage. But as Elle’s history unfolds with every visit to distant friends, so does her emotional complexity. It’s in those moments that the film truly finds itself. In a chapter titled “The Ogre”, we meet Karl, played with immense weight by Sam Elliott in a role that seems to have been waiting just for him. Tomlin and Elliott’s performances feed off each other, their past tumultuous and their words electric. This interaction brings the film to the level of “must see” rather than a passively enjoyable cinema experience. Grandma holds its ground by having the right actors say the right things the right way, however wrong those words might sound at times. It is a quiet storm of a film that stealthily moves you when you least expect it.