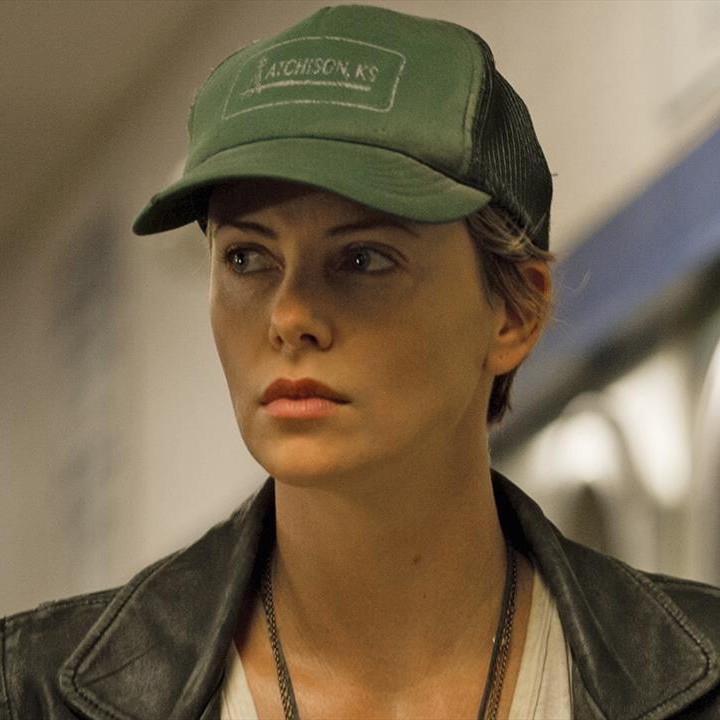 Early in Dark Places, Charlize Theron’s Libby Day informs us that “there’s a meanness in me.” She’s not kidding. In her first scene, she blithely asks her accountant, after he’s informed her that money’s running out, if there’s any way for her to profit further off the tragedy that’s come to define her. “The 30th anniversary is coming up,” she offers, referring to the brutal murder of her mother (Christina Hendricks) and two sisters 28 years prior. But the charity checks that have come in since she was made a victim have dried up, as have the profits from her “tell-all” book that she neither wrote nor read. Here, she’s callous, cruel, and desperate, and as intriguing a protagonist as you can get.

It’s too bad, then, that she only gets less interesting from there. That icy edge melts into something lukewarm and flavorless. Libby’s just such a literary character, a bitter, resentful soul whose spiny demeanor belies her internal complexity, It’s why the character worked in the Gillian Flynn novel from which Dark Places was adapted, where we could stay connected to her inner monologue. Director and adapter Gilles Paquet-Brenner attempts to compensate for the transition to the screen with voiceover narration, but much of it feels like forced exposition pulled wholesale from Flynn’s novel, tumbling unnaturally from Theron’s mouth.

Granted, that exposition is necessary, as the plot is twisty and the characters abundant. Libby, in need of cash, agrees to help an assemblage of amateur sleuths called The Kill Club investigate the seemingly open-and-shut case of who murdered Libby’s family. As a child, Libby testified that her brother, Ben, was the killer, but obsessives think she lied. Turns out, Libby’s not so sure herself. With the help of Kill Club member Lyle (Nicholas Hoult), she begins tracking down all the people associated with the case, including her wayward father, Runner (Sean Bridgers), and a host of oddballs Libby never knew, but who all played an impactful role in Ben’s teenage years.

Divided equally between present day action and flashbacks to the day of the murder, the film doles out exposition, motivation, and action at such a breakneck pace that none of the red herrings ever have time to feel like true threats. The same goes for young Ben, who, as played by indie wunderkind Tye Sheridan, is far too gentle of a soul to ever be viewed as truly dangerous, even after he’s hit with child molestation charges and seen engaging in Satanic rituals. That’s right, we’re four graphs in and I’m just touching on the child molestation and Satanic rituals. You’d think they’d be given more weight, but they’re never quite kneaded into the narrative. Paquet-Brenner is too slavish to his source material, trying to cram every nook and cranny of the novel into the film. No plotline, character, or climactic showdown gets a moment to breathe before the next one is introduced.

Flynn herself would tell you how much Truman Capote’s In Cold Blood informed Dark Places — the shifting timelines, the rural milieu, the brutal nature of the murders. But where Capote’s storytelling was elegant, Paquet-Brenner’s is clunky, careening like a bumper car through its clues and distractions before barreling into a climax that should be much more powerful than it is. Because the reveal is unexpected, and could very well be satisfying in the right hands. Here, it’s simply an ending and nothing more.

Dark Places just feels phony. Theron, Hendricks, Sheridan, Hoult, and Chloe Grace Moretz (who plays Diondra, Ben’s teenage love interest) are all fine actors, but each is egregiously miscast. They’re all affectation, unable to ever embody or identify with the world they occupy, be that a dusty farmstead or a Kansas City roach motel. Why, aside from looking cool and elegantly neglected, is Libby’s apartment overflowing with newspaper stacks and suitcases? The violence, so brutal and cold, is washed over with a PG-13 sheen. Satanism is a plot point, nothing more. Child molestation is a plot point, nothing more. Watching Dark Places is like watching a bunch of Malibu prep schoolers perform Buried Child. They’re hitting all the notes, sure, but they haven’t the first idea what it all means. Dark Places could’ve been so much meaner.