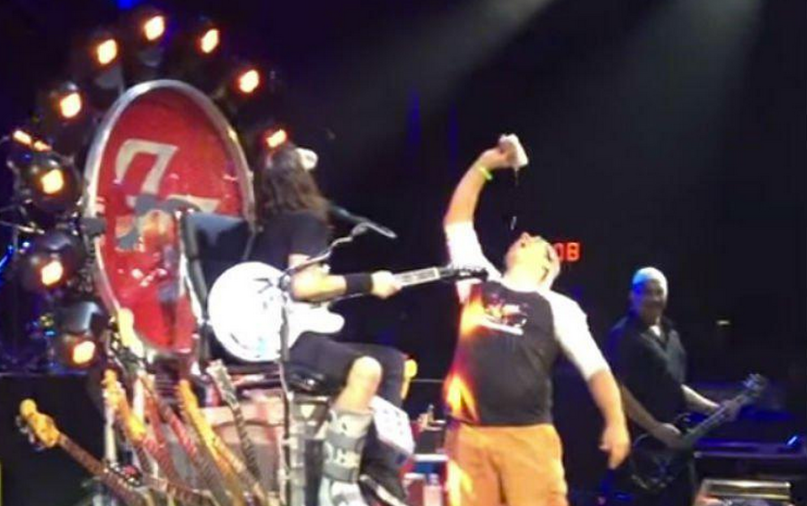 When celebrating your 50th birthday, would you rather sit at home, eating a gluten free chocolate cake while flipping through your new subscription of AARP or chugging a beer with Dave Grohl. For Griffin, the choice was easy.

During Foo Fighters’ gig in Detroit on Monday, Grohl spotted Griffin holding up a sign reading, “It’s My 50th. Let’s Have A Beer.” Grohl quickly obliged, saying, “I know it’s your 50th birthday. We’ve got a lot of songs we’ve got to play tonight. I’m gonna share this beer with you, and then I’ve gotta do my job.”

Below, watch footage of Grohl and Griffin chugging a beer before Foo Fighters segued into a performance of “Breakout”.