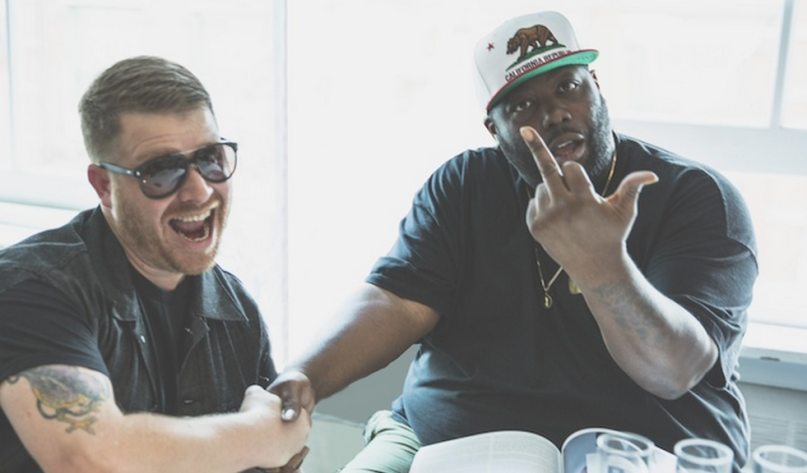 As previously reported, Run the Jewels are among several musical acts slated to perform at Banky’s “bemusement park” Dismaland. In anticipation, the mysterious artist interviewed El-P and Killer Mike for an article published in the Guardian.

Among the topics discussed: Killer Mike’s “dream is to play Six Flags Over Georgia before I check out of life”; the last thing to make them cry (El-P teared up after watching a YouTube video about a lion reuniting with his owners); and if Kanye West is the greatest rockstar alive (“Kanye is amazing and may be the greatest rock star in the world but Rihanna is the new Tupac,” said Killer Mike).

Banksy also asked Run the Jewels whether or not they preferred to be known as the greatest artist or a nice person. “In my life I try to leave the people I encounter with the feeling that they have been respected and treated with warmth and appreciation. Being known as honorable is way more important to me,” responded El-P. Killer Mike added, “I cannot lie: as good as it feels to get my deserved props, the best part of reading social media after I meet folks is reading: ‘Mike was a nice guy’. I believe being honorable lasts longer than rapping good.”

Watch our interview Run the Jewels from Lollapalooza 2014.