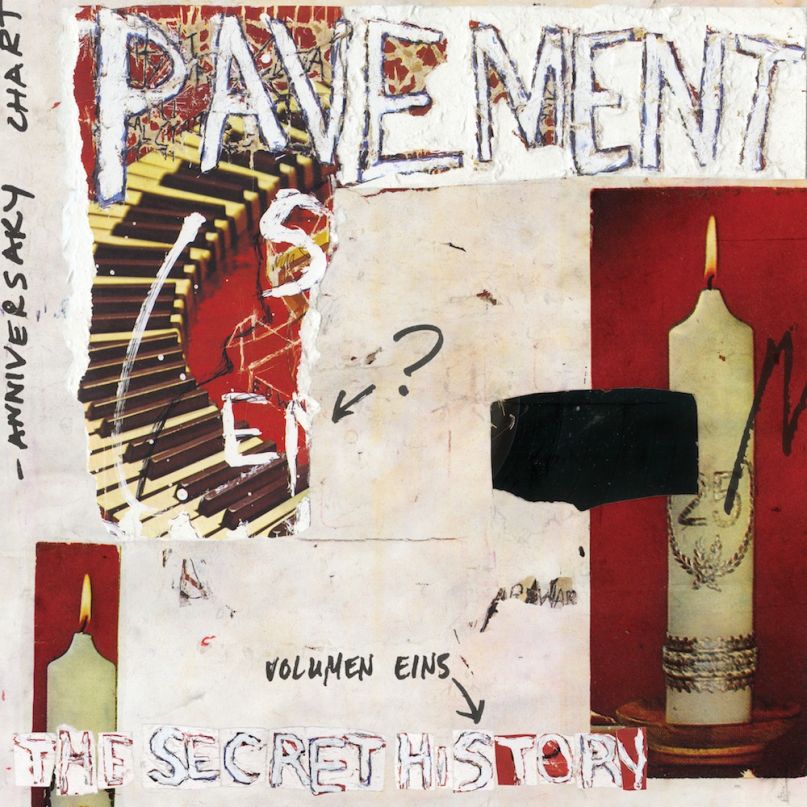 I discovered Pavement the same year they broke up. It was a cruel twist of fate made possible by the advent of a file-sharing service called Napster, which debuted in 1999 and instantly replaced mail-order distros as my primary means of finding and collecting new music. Sending away for a CD or cassette was a small leap of faith that required money and patience — two things most young teenagers tend to lack. By contrast, anyone with a dial-up modem and a few hours to kill could log on to a computer, click around a bit, and fall head-over-heels in love with a new favorite band.

The landscape was a lot different in the summer of 1992, when three guys from Stockton, California, holed up in a garage studio for a few days and casually produced one of the great rock albums of the decade. Slanted and Enchanted is a master class in songwriting and slackerdom, and its enduring lesson is that you can somehow sound great without sounding like you’re trying. To borrow an offhand phrase from “Trigger Cut/Wounded Kite at :17”, the whole thing reeks of “electricity and lust.” Those two components are wedded in the soul of every worthwhile rock record, but never before had they sounded quite so electric — quite so lustful — as they did in the slippery hands of Stephen Malkmus, Scott “Spiral Stairs” Kannberg, and drummer Gary Young. This is the kind of music it feels right to base your life on, even if you aren’t always sure what the hell it’s trying to say.

By the time they broke up in November of 1999, Pavement had grown by several members and produced five studio albums, all of which I assiduously downloaded and consumed. But I kept coming back to Slanted and Enchanted, the messiest and wildest of the bunch. It’s an album that shines by having no perceivable stakes, from the sun-drenched dadaist poetry of “Summer Babe (Winter Version)” to the sleepy romance of “Here”, all awash in Spanish candlelight. Even the album’s edges seem lazily drawn. There is no beginning and no ending to Slanted, just a series of passageways that lead nowhere and everywhere all at once.

In a way, the same is true for file-sharing. We often download songs instead of entire albums, clicking greedily on whichever file promises the highest bandwidth or user rating. It didn’t take me long to stumble upon the vast cache of Pavement recordings released on 7-inch records or in live bootlegs. These recordings have come to seem as much a part of the band’s legacy as anything released on vinyl, and most Pavement fans would probably define the band by its eras rather than its albums, even if the categories overlap somewhat. The fact of the matter is that Pavement — and Malkmus especially — had too many ideas to fit within the confines of a 12 or 14-song album. As Walt Whitman might have said if he had chosen rock criticism over poetry, “Pavement is large. They contain multitudes.”

As if to hammer this point home, Matador Records released CD reissues of the band’s first four studio albums, each stocked with hours worth of EPs, bootlegs, and other bonus material. All of these reissues are necessary in their own right, but none catches the off-the-cuff genius that permeates Slanted and Enchanted: Luxe & Reduxe from front to back. The actual album makes up only about a third of the package, but it serves to contextualize the rarities that follow within a particular aesthetic framework. Fan favorites such as “Frontwards” (originally on the Watery, Domestic EP) and “Circa 1762” (a Peel Sessions highlight) feel right at home among the tracks that made the album’s final cut, and the live set at Brixton Academy shows the band at their loosest and goofiest.

Luxe & Reduxe should have been the definitive edition of Slanted, but now, 13 years later, we have The Secret History, Vol. 1 to muddy things up in classic Pavement fashion. This vinyl-only release is actually a reissue of a reissue; all of these songs can be found on Luxe & Reduxe, though they’ve been shifted around somewhat. Matador’s press release eagerly describes The Secret History as a series of “lost” or “shadow” albums, but this seems slightly disingenuous. Even if these rarities are generally fantastic and essential listening for Pavement fans, they do not constitute a new chapter in the band’s history. Instead, they are better read as extensions of an existing chapter.

Among its many ills, file-sharing robs songs of their proper context. The Secret History is guilty of the same crime, and for this reason I can’t recommend it as an ideal starting point for new Pavement fans. Sure, tracks such as the beautifully rough-hewn “Greenlander” and the aforementioned pop gem “Circa 1762” reveal the band in all their effortless glory, but there’s not much to be gained from listening to the alternative mix of “Here” (or the Peel Session, for that matter) in lieu of the original.

This is an album that’s strictly for vinyl completists who can’t stomach the idea of owning their favorite band’s recordings in a digital format. There’s nothing inherently wrong with this. Vinyl has experienced a renaissance in the years since Matador’s 2002 reissues, and re-releasing those reissues without the original albums certainly saves some plastic. But by this point, The Secret History contains no secrets that haven’t already been exhumed time and time again by fans.

With that being said, it’s hard not to recommend a Pavement album, even one that smells faintly like a cash grab. I think back to all those hours I spent scouring Napster and Kazaa in search of truly secret Pavement recordings, and this feels like a welcome alternative. The way we consume music continues to evolve, and if plopping down a few dollars for a handsomely packaged double LP is the next step in this evolution, well, there are worse things in the world.

And if there’s one Secret History to own, I’m going to look into my crystal ball and say that this is the one. Malkmus once described Slanted as having an “unrepeatable energy about it,” and he was mostly right. What he didn’t mention is how nearly every track from that early era of Pavement has that same energy, that same electricity, that same lust. No matter the packaging, that’s something worth chasing after.