Is the Chicago MC hip-hop's next big thing? He certainly thinks so. 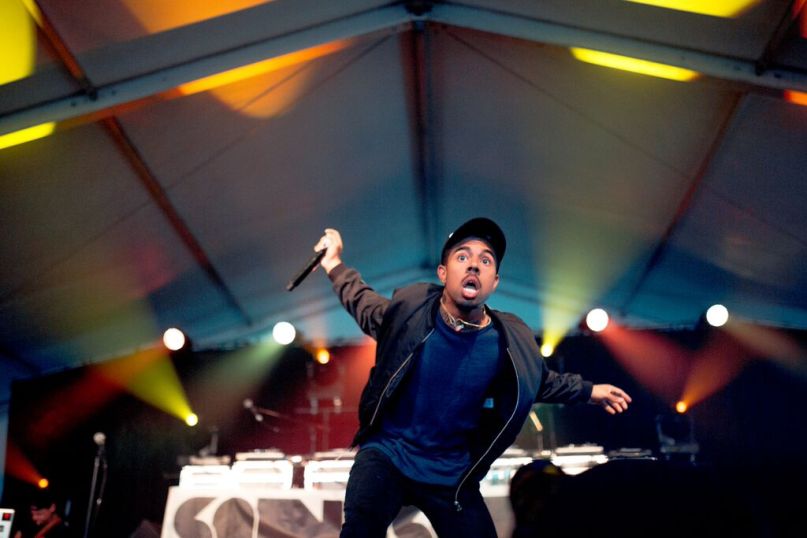 Vic Mensa is not one to rest on his laurels. After delivering a show-stopping performance at Pitchfork Festival and dropping his own slick version of Future’s “Codeine”, the Chicago MC is back with a new song, an especially braggadocious freestyle joint called “Heir to the Throne”.

“This is the beginning to a new dynasty,” Mensa declares early in the track, after an introduction bit taken from Jay Z and Roc-A-Fella’s famous 2001 Takeover Freestyle on Hot 97. It’s a powerful statement for his fans, but more so a warning shot to his fellow rappers. This idea’s further bolstered by the fact that he chooses to rhyme over Notorious B.I.G.’s “Who Shot Ya?”, long believed to be a diss track for Tupac. Some have speculated that Mensa’s disrespect is targeted toward Travi$ Scott, but it sounds as though the “U Mad” MC is making sure everyone in the game’s paying attention. We see you, Vic, we see you.