He also preforms a trio of Cherry Bomb tracks 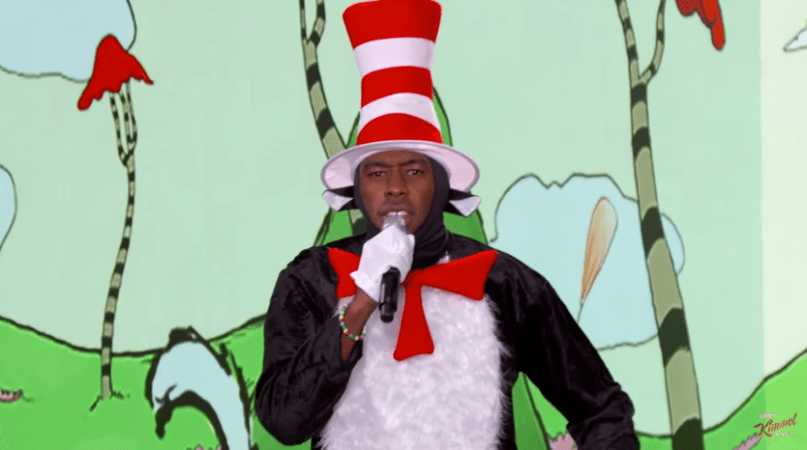 For those unaware of the goings on in children’s rhyming literature, an unreleased Dr. Seuss book called What Pet Should I Get? was recently discovered. Though the work was just published, there’s no need to go out and buy it for yourself (or, ya know, your child). That’s because Tyler, the Creator showed up on Jimmy Kimmel last night to give an inspired reading of the book while dressed in a Cat in the Hat costume, which we assume he just had lying around anyway. He stumbles a bit to bring the right level of swag to the Bard’s intricate pentameter, but gets it by the end — though he still end up putting his own spin on things. Watch:

Tyler stayed around to deliver an actual performance, as well. He opened with a shirtless mashup of the title track and “Smuckers” from his latest LP, Cherry Bomb. Proving what he’s always said about not just being a rapper, Tyler even showed off some piano skills on the second song, a stark contrast from the mosh pit he caused on the first.

He also stuck around for an online exclusive performance of “Pilot”. Watch both clips below.