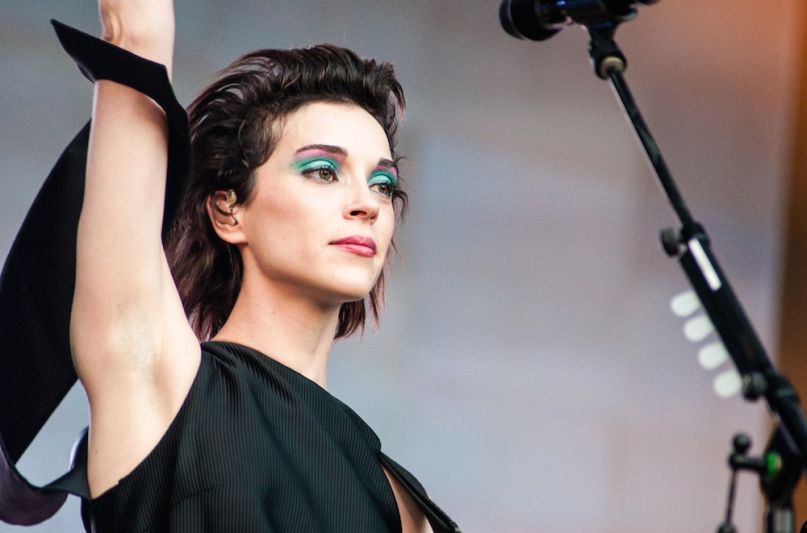 Last night, St. Vincent aired the second installment of her Beats 1 radio show, “St. Vincent’s Mixtape Delivery Service”. While her inaugural episode was customized around the tastes of an adorable 11-year-old with a penchant for dance music named Piper, her latest playlist is designed for another personality entirely: Adelaide recently graduated from M.I.T. and is bonding with her “chain-smoking, quietly raging, former truck driver” grandmother on an RV road trip from Texas to Washington, DC.

To soundtrack the long journey, St. Vincent’s Annie Clark pulled together tracks that not only satisfied Adelaide’s and her grandmother’s various tastes, but evoked the cities and landscapes they’d be passing through. Among the ace songs to make the final mixtape: “America” by Simon and Garfunkel; “Don’t Let It Bring You Down” by Neil Young; “9 to 5” by Dolly Parton; “Wherever I May Roam” by Metallica; and “The Revolution Will Not Be Televised” by Gil Scott-Heron (the civil rights anthem perfect for DC, according to Clark).

Listen to the radio show below, followed by a Spotify playlist of all the included songs.